Dragon's Dogma: Dark Arisen is a profoundly stupid game. Yes, it's full of high-fantasy tropes and violence for days, but it is seriously, seriously silly.

Its "pawn" system is silly, throwing player-made, chatty NPCs into your party to help in combat. Its combat is silly, allowing you to clamber about on larger enemies no matter how ridiculous it may seem.

And it takes itself so seriously that you can't help but laugh at its silliness. Which is probably the best part of Dragon's Dogma - it doesn't realise how silly it is.

Not the Kevin Smith film

Dragon's Dogma: Dark Arisen begins with you, the Arisen, getting your heart stabbed out by a dragon who wants you to come and get it. Which, naturally, you do.

You can customise your character within an inch of their life, and choose from a few different classes to suit your playstyle, before heading out into the world to help those in need and find that damn dragon.

Along the way, you'll create your own personal pawn. This NPC follows you around wherever you go, getting stuck into battles, gathering items, and yelling out thoughts and advice as you go.

They too are completely customisable, and as any Monster Factory fan no doubt already knows, you can get seriously goofy with this customisation. 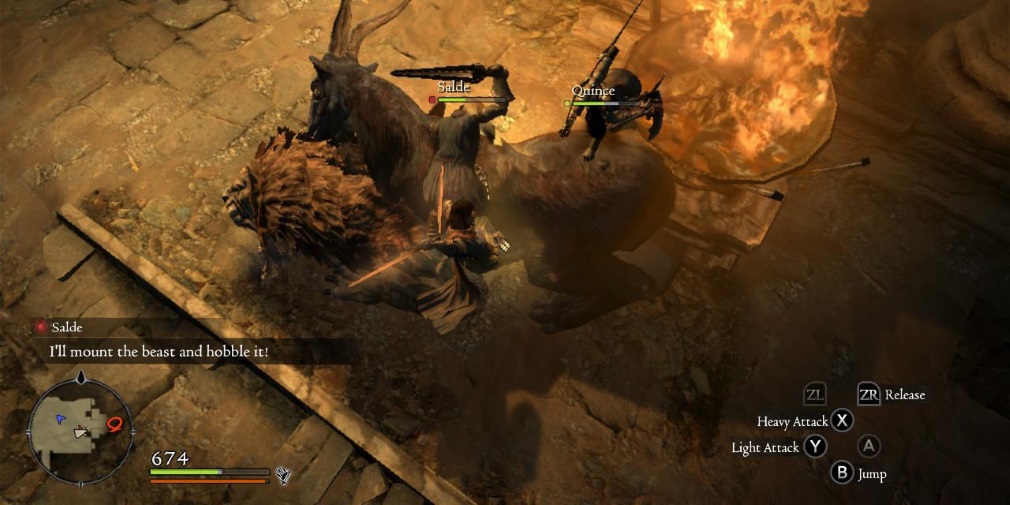 As can the rest of the world, who then send their pawns out to be played with by others. Jump online and you'll find a vast cast of wacky creations, usually modelled on popular fictional characters, all of whom can't wait to join up and get killing on your behalf.

And these guys love to talk. All the goddamn time. Your pawns never shut up, yelling encouragement or nonsense, barking the same lines over and over as they slaughter whatever comes their way.

It's grating, but in a hilarious way. When Devil May Cry's Dante is by your side banging on about how goblins hate fire, a smile is sure to creep across your face.

Give me a boost

Battles are often chaotic affairs, not least because some of the enemies you face are bloody huge. And when they come rolling around, it's time to start climbing all over them.

You can scale pretty much any part of these foes, starting at their legs and moving to wherever you like to deal damage to specific areas.

It leads to some really wonderful battles, as enemies try to throw you away, grabbing at you or blasting you away with area attacks while you struggle to cling onto their skin.

Coupled with your bellowing army of pawns, it's a pretty ridiculous sight to behold. But it's a ton of fun too. There are some truly magnificent battles to be had in Dragon's Dogma, and if you don't take it too seriously, you can't help but smile while you play. 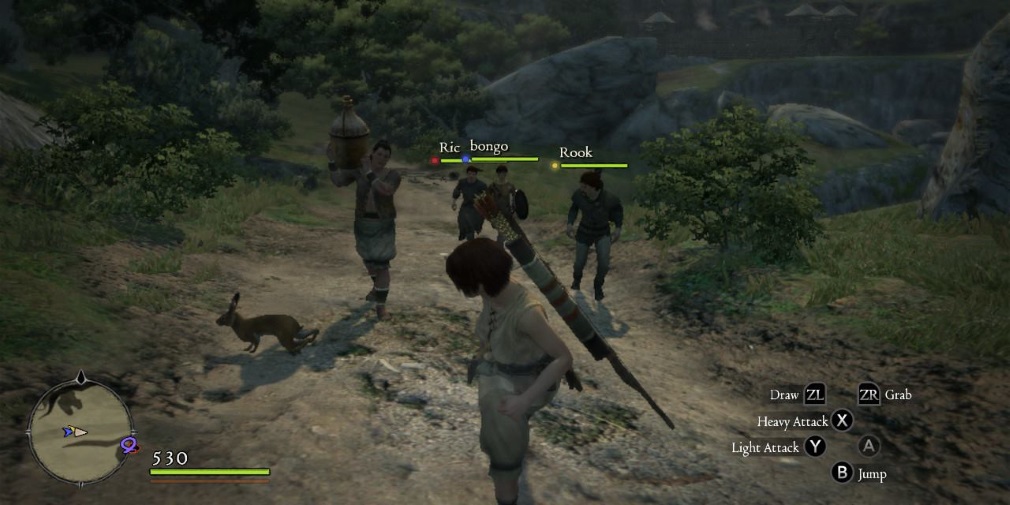 It all runs quite smoothly on the Switch too. Even in handheld mode, you can expect smooth framerates across the board, even if its graphics are starting to look a tad dated at this point.

There are some issues. The story isn't great, and the world you find yourself in is a pretty bland facsimile of every RPG you've ever seen before.

Getting around the game's menus is also a bit of a chore, and with all different systems stacking on top of each other throughout the game, it can get a little confusing at the worst of times when all you want to do is kill some giant creatures.

But if you go in with an open mind, Dragon's Dogma: Dark Arisen will reward you plentifully. It's pure, unbridled RPG fun with enough twists on the formula to make it stand on its own two legs.

The pawns, as annoying as they can be, add a chaotic new level to every battle. And clambering over giant creatures never gets old, no matter how far into the game you get.

It's not a perfect game by a long shot, but if you've never played Dragon's Dogma: Dark Arisen before, you really should give it a go. It's an easy game to love, despite its flaws.

Dragon's Dogma: Dark Arisen is showing its age, but it still has a certain charm that simply can't be denied
Next Up :
Hero Emblems II review - "Lovely visuals and music, but match-3 combat lacks strategic depth"