By Pocket Gamer staff
| May 20

In case you weren’t aware, this year is a pretty significant one for many of mobile’s most popular titles, with the likes of Candy Crush Saga, Clash of Clans, and Subway Surfers celebrating their 10 year anniversaries.

Also joining those decennial celebrations this month is Socialpoint’s epic, social strategy game, Dragon City (although technically it has only been available as an iOS and Android app for the past 9 years, we’re going to give it a pass since it’s had such a massive influence on mobile strategy games during that time).

To help offer some insight about Dragon City’s longevity and the work that’s required to maintain its popularity, we spoke with Socialpoint’s Lead Game Designer, Payton Orr.

Starting with the most obvious question first; what are the secrets behind Dragon City’s continued popularity since it first launched?

For Dragon City, ensuring durability over lifetime has been a combination of 4 main factors:

First there’s the live operations content where the focus has been to keep longtime players engaged with desirable premium dragons and an active liveops calendar. In Dragon City we cycle through a variety of events from a few days to a few weeks. All with fresh themes and content.

Continually supplying new game content also means an increase to early LTV, which ensures the game can stay relevant and grow in an increasingly competitive market. As of today Dragon City has nearly 1500 dragons. This content depth gives it an edge against newer competitors.

The second thing is our team process. You can’t get anywhere without a strong motivated team and with a project as old as Dragon City, you have legacy not just in the product itself but also in the team and way of working. Socialpoint has invested significant energy over the dragon city these last few years in becoming a high performance team together. Stagnancy in process can mean stagnancy for the product, so in Dragon City we are always looking at how we can adapt and grow as a team. Having the right people, a clear vision and the right process is a must have for a performing product.

The third thing is tech and sustainability. Naturally, Dragon City has a lot of tech debt which slows down operations - whether it’s Live Operations settings or new feature development - and eventually causes live issues affecting the players. To mitigate against this, we continually invest in improving tech & tools - and more generally the quality of the game, whether it’s bugs or hackers - to make sure we deliver the best possible experience to our players.

Finally, there’s the marketing which is vital for tackling the natural downward trend of an older game. To help it stay relevant, it’s crucial to be able to renew its userbase and keep acquiring high quality players. That’s where having an innovative and cross-channel marketing strategy is super important. 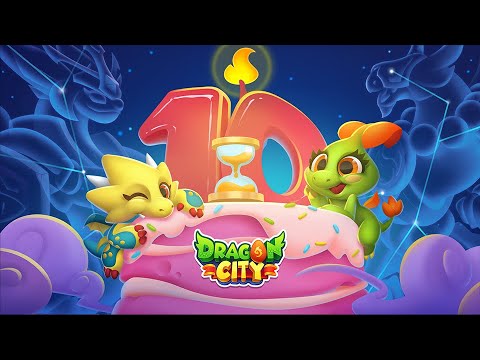 Subscribe to Pocket Gamer on
What are the key considerations that go into planning content and new features?

Ensuring that every single day, there is something new in the game. Overall, we release 10 new dragons every month & about 5-7 temporary mini games.

What are some of the biggest challenges faced with live operating Dragon City?

On a day to day level there’s the logistics of managing such a large team; Dragon City employs 40 to 50 people which creates a lot of overhead to: communicate, align everyone, deal with many different profiles and organisational issues . Being on top of both day to day operations while thinking about long term growth strategy can be a challenge.

What strategies do you employ to attract new players and how do you go about ensuring these strategies don’t alienate your exisiting user base?

The main strategy is to keep reinvesting to grow the game. We monitor early LTV because that’s what allows us to run profitable marketing campaigns which allows us to reinvest. We also keep a close eye on retention and monetization at all levels and we regularly run AB tests for both new users and daily users, looking for ways to optimise both the early funnel and the late game user experience.

Because our old loyal players are key, we also pay a lot of attention to Community feedback, making sure we anticipate how our players will perceive any change we’ll make in the game.

Are there any mistakes you’ve learned from during the years of developing Dragon CIty? What things should other studios developing live operations games try to avoid?

In Dragon City we have different squads for feature development and Live Operations. Most features we develop end up being maintained by LiveOps to keep them “fresh” to the user; if the LiveOps team is not involved early on, it can result in well built features but not easy to maintain & operate in terms of balancing change, schedule etc.

For any given project, make sure you involve the end user - in that case it’s LiveOps squad - from the very beginning!

If you’d like to try Dragon City for yourself then you can find it available to download for free right now from the iOS App Store, Google Play Store, Amazon App Store, Huawei App Gallery Store, and Microsoft Store.

What's A Preferred Partner Feature?
From time to time Steel Media offers companies and organisations the opportunity to partner with us on specially commissioned articles on subjects we think are of interest to our readers. For more information about how we work with commercial partners, please read our Sponsorship Editorial Independence Policy.
If you're interested in becoming a Preferred Partner please click here.
Next Up :
App Army Assemble: Watcher Chronicles - "Does this 2D souls-like provide a satisfying challenge?"