Minion Rush, the hit endless runner where Despicable Me’s hilarious Minions take centre stage, has reached a whopping one billion downloads. To thank the fans for their neverending support, Gameloft is launching a Celebration Event filled with billions of bananas.

Rarely do mobile games inspired by movies reach such an epic milestone. With Minion Rush, the team behind the game made sure that the runner would be a fun and accessible experience for all players without losing any of the Minions’ signature ridiculousness, and after eight years, they’re still reaping the rewards of their hard work.

The Minion Rush commemorative Celebration Event starts today, and players can pool all of their efforts together to collect 33 billion bananas in-game. This unlocks a special Minions costume - plus, the event also introduces fan favourites, Bob and Stuart, as two new playable characters. 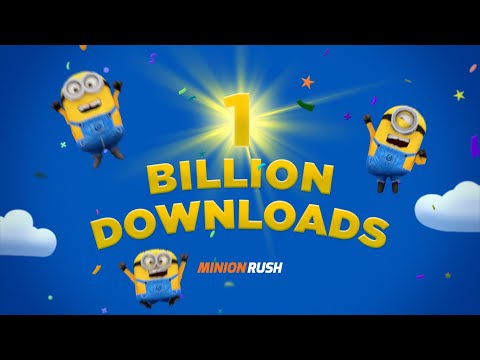 "That's right, with a ‘B!’ as in a billion downloads. B as in bananas, B as in boggling, B as in Bob, B as in a billion players!” Stas Sadkeyev, Minion Rush Game Manager, says. “We are so honored to be such an important part of the Minions story, speaking to and engaging with players and fans from all around the world. Very rarely do games reach this milestone, and everyone here at Gameloft is humbled to have made it."

Since the game launched in June 2013, players have nabbed 90 trillion bananas and spent 3.4 billion hours playing the game - that’s a huge achievement that Gru should be proud of, and it’s definitely a long way from trying to steal the moon.

Minion Rush is available to download for free with in-app purchases on the App Store and on Google Play. You can join the community on the official Facebook page to know more about the latest updates.

Can’t get enough of all that running? Check out our top 25 best auto-runner games for Android phones and tablets!
Next Up :
Polity is a life sim MMORPG where you can rule or be ruled, out now on Early Access on iOS and Android

The Minions are ready to run in Super Silly Fun Land

The Minions are ready for tons of tricks and treats