Noodlecake has teamed up with No More Robots and RageSquid to announce the upcoming launch of Descenders, the extreme downhill biking game coming to both iOS and Android devices later this year. Pre-orders are now open on the Google Play Store and the iOS App Store.

In Descenders, players can expect to feed their inner adrenaline junkie as they rush down mountains with four-player multiplayer support. The game features procedurally generated worlds where players can put their skills to the test on slopes and hillbombs using physics-based freestyle bike controls. There will also be an online Rep system for players to show off their mad skills. 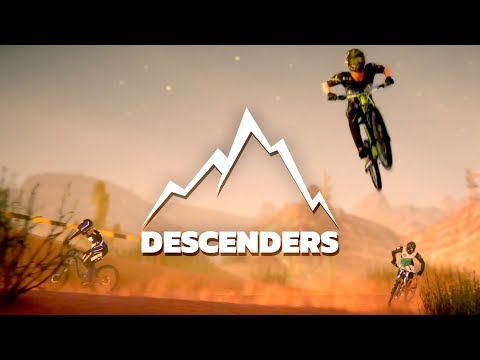 “I couldn't be more excited about bringing more high-quality indie games like Descenders to mobile,” says Ryan Holowaty COO of Noodlecake, “Descenders is a top-of-the-line BMX game that deserves to be played by everyone and now that we can bring it to your phone, new players will be able to experience the rush of barreling down a mountain at top speeds too.”

If you're eager to know more about Descenders and are curious about giving it a go, you can soon download the game on the iOS App Store and on the Google Play Store for Android devices (the estimated release date is on August 4th). It's a premium game that costs $9.99 a pop or your local equivalent. You can also head over to the game's official website to join the community of followers and stay updated on all the latest developments, or have a look at the embedded clip above to get a feel of the game's visuals and gameplay.

Are you on the hunt for more similar titles that will put your skills to the test on your mobile devices? Why not take a gander at our list of the best Android sports games?