The secrets are already out there

Undertale feels like a very Marmite game - either you love it with every inch of your being, or you simply didn't care for it.

To me, it was a glorious deconstruction of the RPG, combining silly humour with darker story beats, traditional turn-based battles with bullet-hell gameplay, and a fantastic soundtrack with your ears.

And if you loved Undertale as I did, you've no doubt already played Deltarune, a mysterious title released for free on PC a while back which has now found its way to Switch.

Its PC release was amazing. A once defunct Twitter account suddenly sparked to life, sending out seemingly gibberish messages, hinting at a future release. 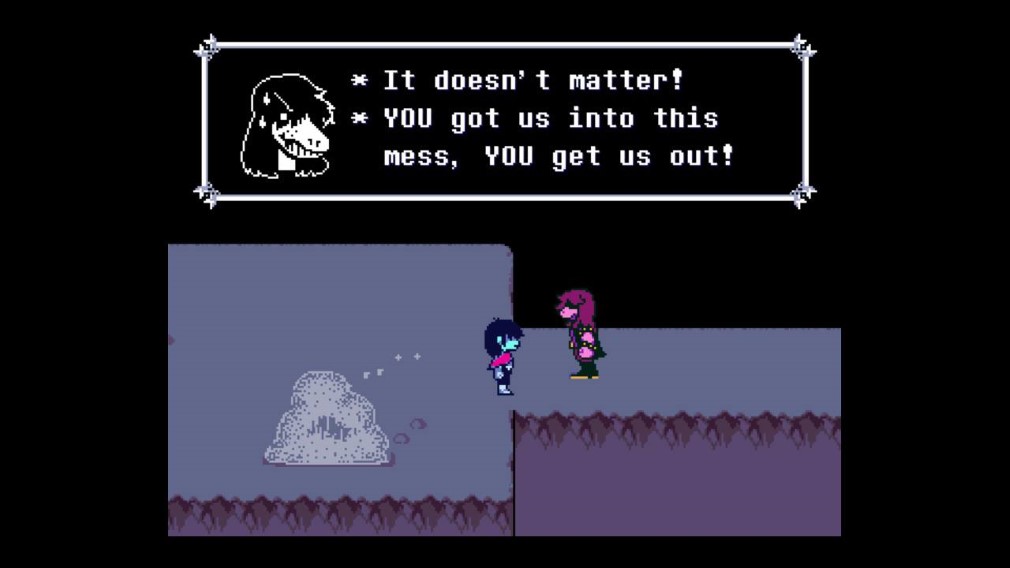 When it landed, it was supposed to be a demo of a game, a new project that wasn't quite finished yet. It drew you in, made you look one way while it moved in the opposite direction, and basically took Undertale to a whole new level of weirdness and wonder.

And the whole time you played it, you were thinking, when does it end? I've been playing for three hours now - am I near the end of the demo? No. You weren't close, because it wasn't a demo. It was just a full, free game, with the promise of more to come.

The Switch release, naturally, has lost a lot of this wonder. Deltarune by now has been dissected to the point that you don't even need to play it to understand it, like Undertale before it. There's no mystery anymore. Just a game.

A great game, for sure. Deltarune shares many common elements with Undertale, but expands on them significantly. Combat, for example, is now party-based, as opposed to the solo affair of the original game.

How that fits in with the pacifist battle system is really clever, particularly as certain party members refuse to act peacefully, meaning you'll have to mitigate damage and attacks as much as you can if you want to get through the game without killing anyone. 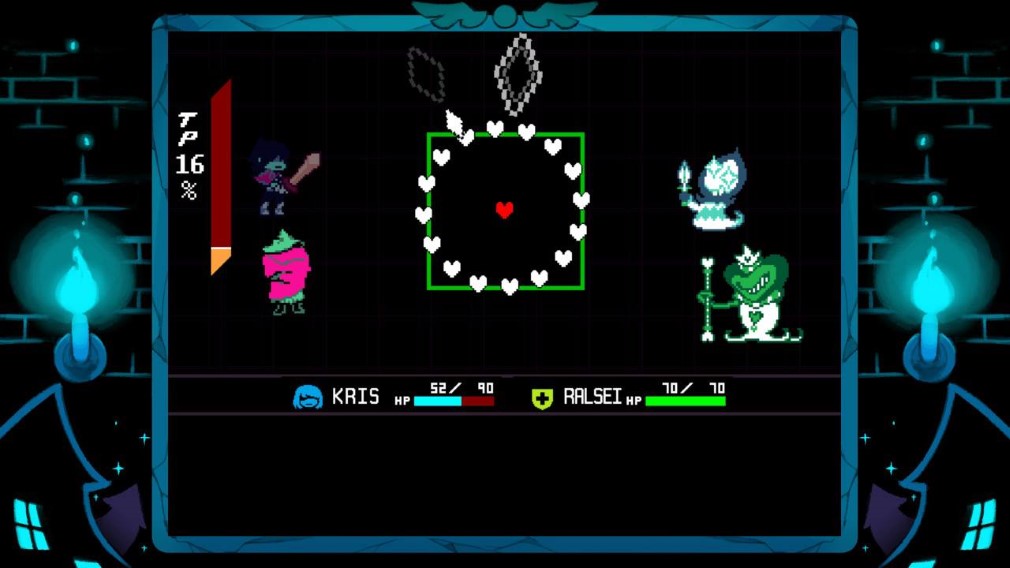 The new battle system also looks absolutely beautiful - the charming lo-fi art style carries over from Undertale, but extra attention has been paid to the animations and effects to make battles and cutscenes even flashier than before.

And the soundtrack is absolutely killer. The regular battle music is stunning and never gets old no matter how many times you hear it, and the overworld tracks are equally glorious, if slightly less memorable.

But if you already played Deltarune on PC - and if you're an Undertale fan, you probably have - then there's little reason to return on Switch. You know the beats and surprises. It no longer feels fresh and exciting.

That's not a bad thing, of course. New players may have missed the hype around the original PC launch, but the core game is still interesting and fascinating enough to be enjoyable on its own merits.

Still, I can't help but feel that my love for Deltarune is tied to that excitement in the build-up. With the curtain already pulled back on the game, it's lost a certain magic.