Tecmo's Deception series hit the PlayStation in 1996 and completely out-Saw'd the Saw movie franchise long before anyone in the world ever saw Saw.

The basic gameplay involved pacts with the devil that resulted in players using a castle full of traps to kill hapless interlopers with elaborate and grizzly Rube Goldberg devices.

This, ah, unique feature became a hallmark of the Deception series, and it's something Tecmo-Koei plans to continue with the upcoming Deception IV: Blood Ties for the PS Vita and PlayStation 3.

Placing an equal emphasis on strategy as it does on brutality, Deception IV challenges players to subdue human hunters and warriors with a series of cunningly devised traps that run the gamut from silly to gory.

The devil you know

In Deception IV, players take control of the devil's daughter, Laegrinna, who's assisted by three twisted demon lackeys - Veruza, Caelea and Lilia - each representing a different aspect of cruelty.

Veruza embodies pain and sadistic torment while Caelea's known for her elaborate death machines. Lilia, meanwhile, harnesses the power of shame and comedy to deliver humiliating deaths that involve everything from banana peels to giant, bladed yoyos.

Deception IV will also take advantage of the Vita's touchscreen and will allow players to select and activate traps by tapping on them.

Unsurprisingly, Deception IV: Blood Ties earned a PEGI 18 rating in Europe. While it hasn't been rated by the ESRB yet, we'd put safe money on this walking away with an "M".

Deception IV: Blood Ties is due out in the US on March 25 and comes to Europe three days later on March 28. 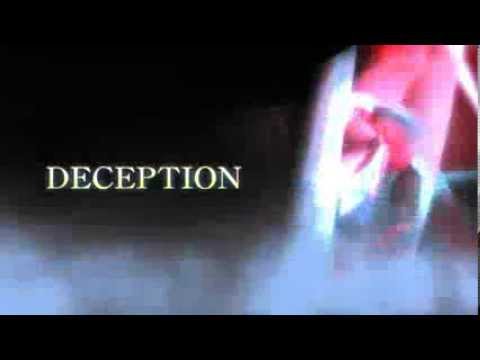