Rovio has released Darkfire Heroes out of soft launch, with the game now available worldwide across Android and iOS platforms.

This confirmation comes from the mobile publisher’s Twitter account in which it writes: “It’s here, it’s live, it’s global! Medium star. We are so thrilled to launch our brand new fantasy RPG game Darkfire Heroes with you all today!”

Darkfire Heroes is a fantasy action RPG involving team building, wielding magic and forming strategies to win battles. It’s important to rely on both strategy and skill as you assemble a team of heroes to lead into battle against evil minions, dangerous bosses and otherworldly beasts.

You may know Rovio for creating the Angry Birds franchise of mobile games, but Darkfire Heroes is a much different title headed up by the developer’s new Copenhagen studio. This team is instead focused on creating accessible midcore RPGs with a Nordic twist.

To go along with the tactics, the game has a big immersive singleplayer campaign to play through, filled with hundreds of levels and locations to visit. With an endless amount of tactics available and a wide array of heroes to use, Darkfire Heroes may appeal to those who enjoy strategising and coming up with new plans to overcome odds. 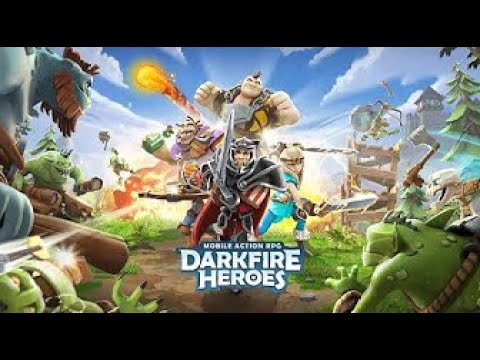 Darkfire Heroes is now available worldwide on the iOS App Store and the Google Play for Android store, where it is a free to play title with in-app purchases.

If you love playing RPGs on your Android phone or tablet and would like to discover more like it on Google Play, be sure to read about some of our favourite ones here.
Next Up :
Ninja Must Die is an upcoming combat-focused action runner with stylish ink-based visuals, now open for pre-registration

Darkfire Heroes tips and cheats for improving your party