WFS has announced a new crossover event with Date A Live IV in DanMachi - Memoria Freese, its anime-themed mobile RPG. the special event also coincides with the US version's 4th-anniversary festivities, letting players join in on limited-time campaigns throughout the event. 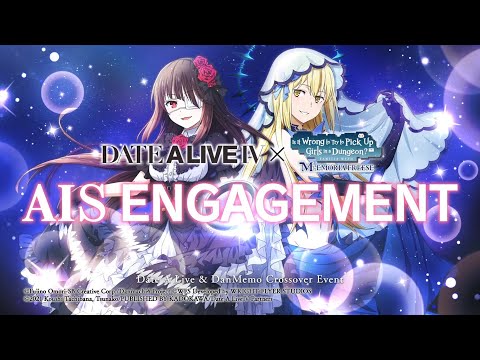 Players who log into the game during the event can score Iris x1000, Orario Souvenir and 4-star Gtd. 11 Draw Ticket as well, plus special packs available for purchase in the in-game store for a limited period of time.

If you're keen on joining in on the fun, you can download DanMachi - Memoria Freese on the iOS App Store or on the Google Play Store for Android devices. It's a free-to-play game with in-app purchases. You can also visit the official website for more info, have a look at the embedded trailer above to get a feel of the latest crossover event, or join the community of followers on Twitter to stay updated on all the latest developments.

Next Up :
Final Fantasy VII: The First Soldier lets players go on an egg hunt and other Chocobo-themed events in latest update