Halfbrick announces new lineup of games, updates, and a special Dan The Man 2 preview at Halfbrick Beyond 2023

Halfbrick has announced a lineup of new projects at Halfbrick Beyond 2023, the Australian developer's first showcase. Known for mobile fan-faves like Fruit Ninja and Jetpack Joyride, the company has unveiled new updates that players can look forward to in Fish Out Of Water and Age of Zombies. This includes updated visuals along with revamped gameplay features.

Additionally, Halfbrick also dropped a special preview for Dan The Man 2, where fans can expect to meet a mysterious new character as well as immerse themselves in the game's pixel art vibes that players have come to know and love from the franchise.

Other exciting updates include a planned animated series for Jetpack Joyride. And while this next bit isn't exactly mobile-related, the showcase also dropped some big news about VR boxing game Thrill of the Fight 2. “We’re very excited about this new game and will be co-developing with the original creator - Ian, at every step until launch and beyond. This is crucial because we are combining our joint knowledge, passion, and vision of where the game needs to go to ensure it is a worthy sequel to the first," says Halfbrick's CEO, Shainiel Deo. 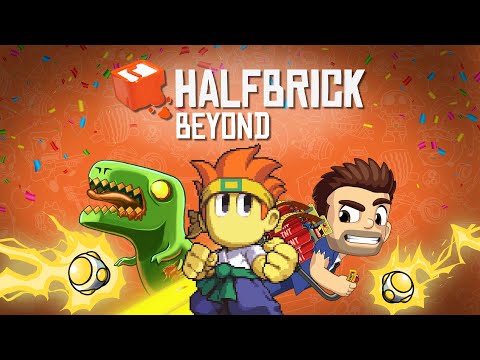 For now, you can download Dan the Man on the iOS App Store and on the Google Play Store for Android devices. It's a free-to-play game with in-app purchases. You can also join the community of followers on Twitter to stay updated on all the latest developments, visit the official website for more info, or take a little sneak peek at the embedded clip above to find out all about the special showcase.

Are you on the hunt for more similar titles that will put your skills to the test on your mobile device? Why not take a gander at our list of the best platforming games on Android?

Next Up :
Fortnite adds new restrictions to the legacy version on mobile