Fruit Ninja and Jetpack Joyride developer Halfbrick is kicking it old school in its next game: Dan the Man is a pixel art brawler based on studioJOHO's popular web-cartoon of the same name.

This is a platformer with a focus on beating up foes - a chunky combat system lets you punch enemies, drop kick them from a great height, toss them about with wrestling moves, and attack 'em from far away with projectile attacks

The whole thing plays like a cross between Smash Bros and Metal Slug, and it controls surprisingly well on the touchscreen, giving you a twitchy, fizzy, retro brawler that will appeal to those who grew up on coin-op games. 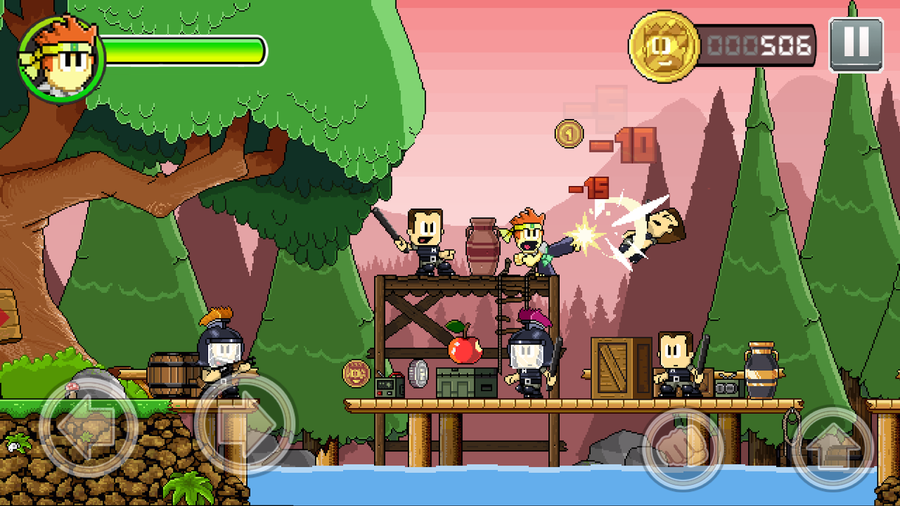 Dan the Man's got a full campaign to play through with 12 levels - but you'll also be able to play a more pick-up-and-play arena mode - either in quickfire stages or an endless brawl against waves of enemies.

You can also focus on upgrading your attacks, or buy entirely new characters - including time-hopping badass Barry Steakfries from Monster Dash and Age of Zombies.

The game will be free to play, with that oh-so-fashionable system where you can watch an advert to save your progress. Or you can pay a few bucks to turn off this system altogether and play for as long as you like.

Dan the Man is available on Android in a handful of soft launch countries and will be out on iOS and around the world later this year.