Om Nom's a hard critter to keep a handle on.

After starting out on the iPhone, he's migrated to almost every other mobile device in the world and has even popped up in Burger King kids meals.

Now the adorable, candy-obsessed lizard blob is ready to strike out onto the 3DS with the just-announced Cut the Rope: Triple Treat.

As the name implies, Triple Treat is actually three games in one. It starts with the original Cut the Rope and adds in the new levels and mechanics from its two sequels - Cut the Rope: Experiments and Cut the Rope: Time Travel.

It also boasts some ridiculously cute, 3D visuals that will either be adorable or manic on the giant screen of a 3DS XL. 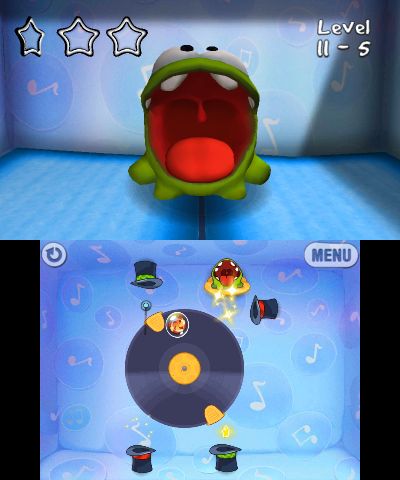 And hopefully, it'll be better than Cut the Rope's 2011 DSi port which we weren't overly fond of.

Looking at Triple Treat, it appears that Zeptolab took great care to present something new with this outing.

While the 650+ levels will be familiar to Cut the Rope mavens, the giant, stereoscopic 3D Om Nom is sure to delight fans of the franchise - as will the online leaderboards, in-game achievements, and animated Om Nom interludes.

Cut the Rope: Triple Treat will launch for the 3DS this spring. 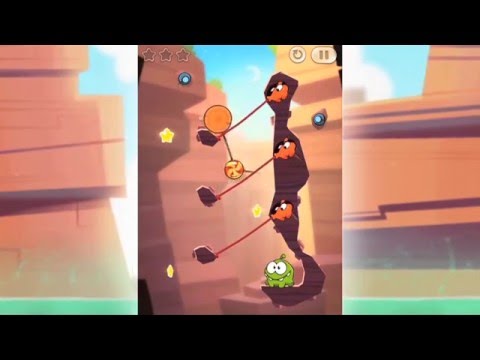 Cut the Rope: Triple Treat contains over 650 levels from 3 of your favourite Cut the Rope games