Cross Blitz is an upcoming card-based RPG from developer Tako Boy Studios that's heading for iOS, Android and PC later this year. It takes place in a fantasy world where you will play through the stories of multiple characters.

There are five of them in total, including the pirate Redcroft, who embarks on an adventure across the Southron Sea and Quill, the thief, who looks to explore the city of Dawndell in search of treasures to pilfer. Whichever campaign you tackle, you can expect a bunch of mini-games, dialogue choices and other game modes to enjoy.

At its core, though, Cross Blitz is a card-based game, meaning you will be collecting new cards as you progress. There are over 150 of them in total across five factions. They are War, Nature, Balance, Fortune, and Chaos. Each battle you emerge victorious from will net you materials for creating more powerful cards.

Once you are happy with your deck, you will head into a series of strategic battles where the positioning of cards will play an important role in determining the winner. You can check out some of the gameplay in the trailer below. Here you can also catch a glimpse of the story and deck-building mechanics. 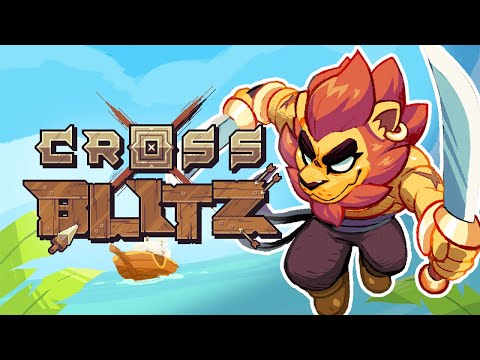 Alongside the five campaigns to fight your way through, the game will also have a multiplayer feature. This will be accessed through the Coliseum and will allow for cross-play across all platforms.

Cross Blitz is to arrive on the App Store, Google Play and Steam at some stage. There is currently no word on a specific release date or the game's price, but we'll sure to let you know as and when we learn more.

Looking for more card games to play on your phone? Here are five of the best available for iPhone and iPad
Next Up :
Summoners War Chronicles gets an official release date for Korea