CRISPR Crunch lets you defend against bacteria by sequencing DNA strands, now playable online with a mobile release to follow

Play Curious has announced the official launch of CRISPR Crunch online, and mobile players will be delighted to know that it's also slated for release on iOS and Android later this year. Now available on the Play Curious website, the quirky title lets players learn about how gene-editing works and is available to play right now. 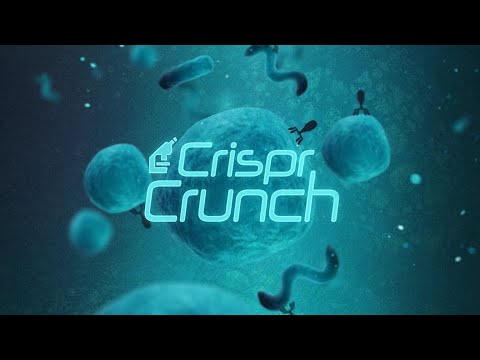 In CRISPR Crunch, players are tasked with defending against nasty viruses using their DNA-matching skills across three worlds and 30 levels. As you progress through the game, you can score bonuses that can help you fight off infections or delay any kind of viral assault. The game also features an original soundtrack and lovely microscope-themed visuals for full scientific immersion.

“Bio is the new tech, the growth industry that will change human lives the most in this century. CRISPR is the new transistor, a deceptively simple tool with almost unlimited applications. Let this game carry the spark of wonder that turns young people into scientists. Let it inspire curious people of all kinds to help us use the new biotechnologies effectively and responsibly," says Jake Wintermute, synthetic biologist and science communicator. The game won first place at The Big Indie Pitch at Pocket Gamer Connects Digital #6, so players can expect a real treat.

Ready to keep those viruses at bay? CRISPR Crunch is now playable on the official website.

What's A Preferred Partner Feature?
From time to time Steel Media offers companies and organisations the opportunity to partner with us on specially commissioned articles on subjects we think are of interest to our readers. For more information about how we work with commercial partners, please read our Sponsorship Editorial Independence Policy.
If you're interested in becoming a Preferred Partner please click here.
Next Up :
Mahjong Soul hosts crossover event with popular romantic comedy anime Kaguya-Sama: Love is War