Originally released on PC, Core Defense reinvents the tower defense genre by adding roguelike and deckbuilding mechanics. The whole thing is quite easy to learn, with no tutorial or complicated elements to the gameplay, but it’s also hard to master thanks in part to the high difficulty that can occur.

For this reason it’s best suited for short play sessions where you can pause and quit at any time to pick up later. Check out the trailer we've linked below to see more of the game in motion. 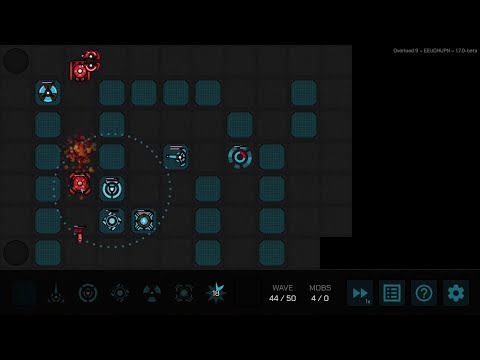 As you play you explore many different playstyles, having to adapt new strategies in order to defeat whatever combination of enemies sent your way. With each new run, you unlock and discover different rewards which can result in unlocking achievements.

“Core Defense was always planned and designed as a mobile game as well, so this is a big milestone both for the game and for me as a solo indie developer, too,” said Kaiser on the release of the mobile version.

Core Defense is available to download now from the iOS App Store and the Google Play for Android store. It is a free to play game with in-app purchases for the extra content, which costs $4.99, and expansion, which is available for $2.99.

Here's a list of some of our favourite strategy games available on Android.
Next Up :
Ninja Must Die is an upcoming combat-focused action runner with stylish ink-based visuals, now open for pre-registration