Devsisters are all set to launch the first update of the year for the popular RPG Cookie Run: Kingdom. Version 3.12, which is a mid-season update, will feature a new Cookie, Crunchy Fortunes for the new year, the Lucky Ticket event, and a bunch of new treasures for the Crystal Shop.

Kicking off 2023’s Cookie Roster is the Prophet Cookie, who wields the Scroll of Prophecy that guides him during battle. A lot of rumours are floating around saying his powers are in his purple Crystal Ball, while others say that it exists in his beard. From a technical perspective, he is a Support Type Epic Cookie and belongs at the Rear of the squad. 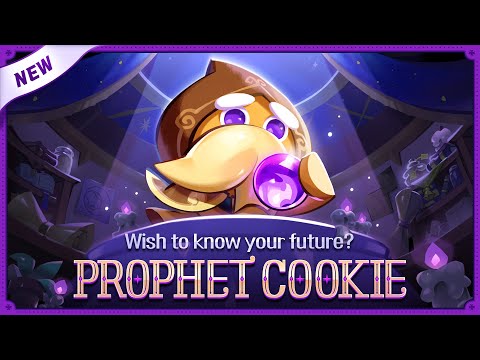 The Prophet Cookie’s skill is called Seven Prophecies and it sees the character invoke one of them during a fight. He can heal an ally and amplify their buffs while also dealing damage to enemies and raising their debuffs based on the symbol of the chosen prophecy.

These debuffs are naturally weaker than the original effects and everything is dependent on the kind of prophecy applied, because some of them don’t have additional effects. When the skill move is used, Prophet Cookie becomes invulnerable, meaning incoming attacks do not damage him.

The Cookie is also a lucky one as he can be seen wandering around the Kingdom, providing players with Fortune Cookies every three days. These contain exclusive gifts which can also be bettered by ranking up Prophet Cookie. New Year’s Crunchy Fortunes will provide similar rewards including Prophet Cookie’s Soulstone.

Lucky Tickets will be granted to players every day and they can scratch them to win loads of rewards too. Finally, the Crystal Shop is set to feature new items like time jumpers, speed-ups, and Aurora items that will be temporarily available.

Next Up :
Illustrated is a new relaxing puzzler that's coming to Apple Arcade this month