By Catherine Ng Dellosa
| May 17

In Click Chronicles Idle Hero, players can expect to take down powerful demons and even hatch these demon eggs to train them and let them work for you. Apart from collecting heroes and demons, players also add crucial battle support during combat by summoning Guardian Beasts to join their ranks.

"In the very beginning, the Goddess of Creation brought each and every creature into beings through her Love. Conflicts between her creations gave rise to anger, hatred, jealousy, and fear," says the game's official lore. "War and death ravaged the land until the Goddess sealed the negative energies into her Scepter and placed the Scepter on the top of Mount Azak. As time passed by, the negative energy turned into the Demon and escaped from the Scepter." 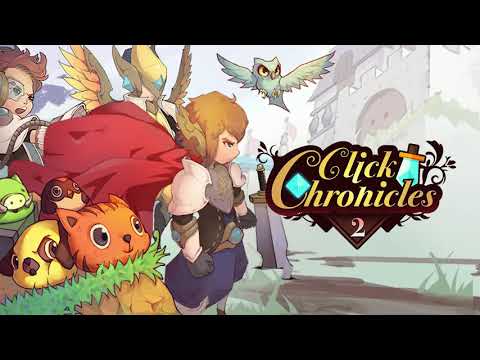 It's now up to you to embark on an epic adventure to defeat the monsters and take down the ultimate Demon to restore your homeland's peace.

If you're curious about the title, you can check out Click Chronicles Idle Hero on the Google Play Store for Android devices or the iOS App Store. It's a free-to-play game with in-app purchases. You can also join the community of followers over on the official Facebook page to stay updated on all the latest developments.

Are you on the hunt for more similar titles that will put your skills to the test on your mobile device? Why not take a gander at our list of the top 25 best free games to play on your iPhone, iPad or Android Phone in 2022?

Next Up :
Project Winter launches second Closed Beta Test for Android users until May 19th