NEOCRAFT LIMITED has opened a new data-saving test for Chronicle of Infinity, its visually stunning action RPG on mobile. Players can sign up and provide their feedback on the DST-2 (HKT) server from March 17th onwards until further notice across The Philippines, Australia, New Zealand and Singapore.

In Chronicle of Infinity, players can expect gorgeous character art and breathtaking animations during combat. You take on the role of a Guardian responding to the call of the Astral Alliance, and you'll have to travel to Astrapolis to help fight the Obsidian Army's attacks.

The game also features a rowdy 150-player PVP mode in Apex Guerilla, plus tons of rare loot and in-game goodies you can score in the randomly generated dungeons. You can also simply explore the vast open-world environment - who knows? You might just discover a few hidden Easter eggs along the way in your travels. 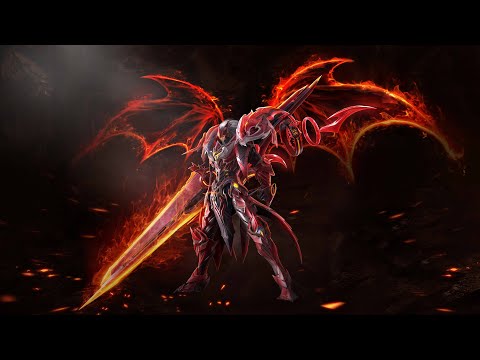 If you're eager to give the game a go, you can check out Chronicle of Infinity on the iOS App Store or on the Google Play Store for Android devices. It's a free-to-play game with in-app purchases, with a target release date by the end of March.

You can also join the community of followers on Facebook to stay updated on all the latest developments, or have a look at the embedded trailer above to get a feel of the fast-paced gameplay and the visuals in store for you. You can also head on over to the official website for more info on the game's world, characters, and mechanics.

Are you on the hunt for more similar titles that will put your skills to the test on your mobile device? Why not unleash your inner adrenaline junkie and take a gander at our list of the top 25 best action games for Android phones and tablets?