ChemCaper is a Kickstarted RPG that wants to teach you chemistry, out now on iOS and Android

ChemCaper is the result of a successful Kickstarter campaign that is a bit different than what you usually see in gaming.

This time, the goal was to make an educational game that aimed to teach you the basics of chemistry while making you play an RPG. 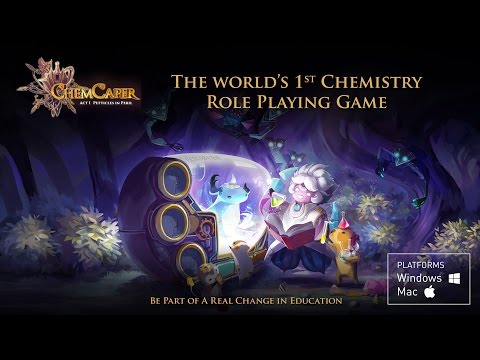 Set in the world of Reac Ta, you play as Roub Idyum a Moon Being who must bring back order to the world after a tragedy occurred.

Each creature that you bring back represents a molecule in chemistry while each country that you visit is an element taken from the periodic table.

You'll fight, combine and mix elements to achieve your goal.

The game's planned for a release on PC and Mac as well but the mobile platforms are getting it first in multiple episodes, with act 1 out now on iOS and Android.

I'm really proud to see games that are expanding their genre by trying something new and it seems like ChemCaper could be one of these.