Chaos Rings 3 is heading to iOS, Android, and PS Vita in Japan in October

Hopefully out over here soon after

Square Enix has announced that the next addition to its Chaos Rings series is on the way to iOS, Android, and the PS Vita.

It's called Chaos Rings 3, it was announced over the weekend on Famitsu, and it's due to hit Japan on October 16th.

The PS Vita version is called Chaos Rings 3 Prequel Trilogy and will either come as a digital download, or a packaged edition that features some art books and other extra stuff.

You'll also get the a recap of the series so far, and you'll be able to poke your little men around with analogue sticks instead of pretend analogue sticks. 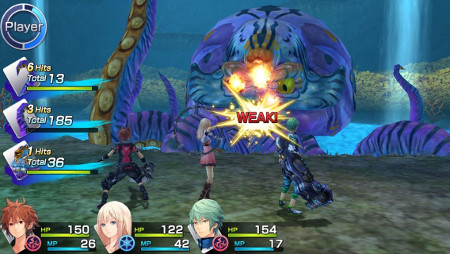 And now for the pricing. The Vita version will cost 4300 yen for the download and 4800 for the more solid edition.

There are a bunch of screenshots in the gallery at the top of the article that'll give you a better idea of what the game is going to look like. Spoilers: it looks a lot like the other Chaos Rings games.

We'll keep you updated as and when we hear more about the game's Western release. You can keep an eye on the game's Japanese website, which should be launched later in the week.

NeoGAF
Next Up :
Rivengard, a fantasy RPG by Snowprint Studios, is featured in Apple's Founder's Campaign alongside an assortment of other great games