iOS + Android + Steam
| Causa, Voices of the Dusk
Game of Thrones may have ended but the spirit of conquest, betrayal and medieval battle continues to thrive in the realm of mobile gaming thanks to the likes of Clash of Kings and King of Avalon. And now indie developer Niebla Games is set to join the gothic fray with its upcoming debut title Causa, Voices of the Dusk. 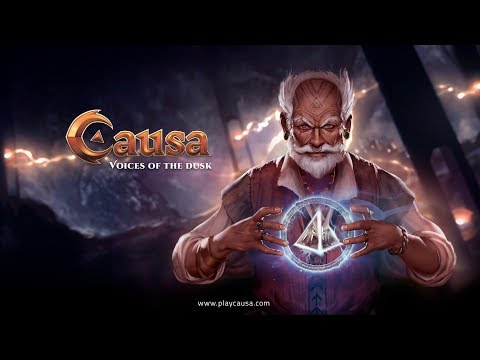 Currently in closed beta, the free-to-play collectible card battler promises to deliver a tantalising mix of strategy and dynamic gameplay set against a vast array of exotic locations. Assuming the leadership role of the game's multiple warring factions you'll be tasked with carving out a path that sees your clan dominate and reign over its rivals.

The core gameplay involves drawing up to 4 cards per turn and strategically playing and sacrificing cards to gain the upper hand. How you play will be determined by your factions cause and your preferred route to victory, such as direct attacks or passive resistance to exhaust your opponents decks.

Causa, Voices of the Dusk met with plenty of critical praise from our judges at last year's Big Indie Pitch at ChinaJoy, earning third place among a stellar field of contestants, so it's definitely one to watch when it finally launches for mobile, console, and PC.

We'll be keeping track of Causa as it develops, but for those of you that'd like to get a hands on feel for the game right away be sure to sign up to test the game now.