Catopia Rush by Supercolony is one of the most awaited aRPG titles for Android and iOS this year and will be globally releasing on June 2nd. And before the game makes its global presence, the game will be soft-launching on the 21st of April.

Get ready to march onward with your army full of cats and defeat the evil Dark Lord in order to protect your kingdom. The game had launched its beta test program at the start of the year and players have actively provided feedback to help the devs come up with new content.

The new adjustments include a change to team composition. From now on, a team will consist of one Hero Cat and three Ally Cats of varying archetypes such as Tank, Support, Mage, and Warrior. And, the Hero cat is the only one who can soak damage. On the other hand, a team consisting of multiple role characters is considered to be quite effective during combat. 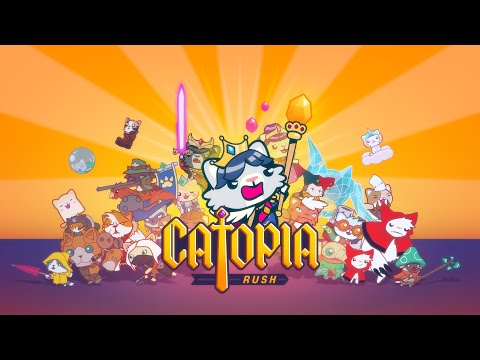 To make it more exciting, the new release will also feature a talent system for all the characters. It will empower your characters and players can feel significant changes during battle when compared with the beta version. Take a look at the official teaser of the game in the video above.

From now on, to progress in-game, players have to follow the rating system, which will be applicable for each stage and reflects in the scoring system of the Leaderboards. If you're creative and explore different ways to land deadly combos, you will net yourself a better score.

Likewise, the game rewards a bonus if the player manages to complete a stage without taking a single hit. The expedition stages are also adjusted with new rewards and unique content. There will also be daily challenges to tackle to help hone your skills.

Catopia Rush will release on the App Store and Google Play on June 2nd. It will be a free-to-play game with in-app purchases.

Looking for more excellent RPGs you can play on your phone right now? Here are 25 of the best available for iPhone and iPad
Next Up :
Black Desert Mobile reveals new Drakania class alongside other major updates and announcements

Catopia: Rush will celebrate its last two weeks in beta with an event called CatopiaFest