This new update is a collaboration between the game and the J.League, Japan’s professional football league. Starting today, players wearing the official 2021 season J.League uniforms will appear in the game. All 42 teams from the 2021 Meiji Yasuda J1 League and the 2021 Meiji Yasuda J2 League are being represented and will be available to collect.

This includes players who were part of the J.League in the original Captain Tsubasa story, who will appear in Captain Tsubasa: Dream Team wearing the official 2021 season uniforms.

Meanwhile, there will be daily time-limited events to keep you playing throughout the event period. You can play these once a day, and will yield rewards such as Dream Pot Transfer Tickets and Hero Medals, which can be exchanged for New SSR Players Kazumasa Oda and Takesi Kishida, or a SSR Player Guaranteed Transfer Ticket. These daily events last from now until 21st May. 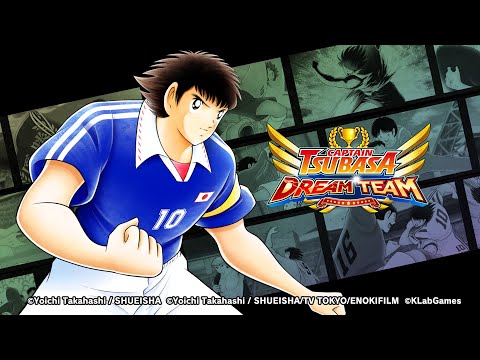 Captain Tsubasa: Dream Team is based on the original Captain Tsubasa manga centred around football. It debuted back in 1981 and has since grown into a legend that has inspired and delighted countless football fans around the world.

Captain Tsubasa: Dream Team is available now from the iOS App Store and the Google Play for Android store, where it is a free to play game containing adverts and in-app purchases.

If you enjoy playing sports games on your Android phone or tablet, be sure to read our list which names the best ones to find on Google Play.
Next Up :
Ninja Must Die is an upcoming combat-focused action runner with stylish ink-based visuals, now open for pre-registration