Kicking things off is the Tournament of Valor and registrations have already begun and will continue until May 16th. Players will take on a formidable boss over the weekend with their battle being ranked on the leaderboard. Participants will be divided into level-based tiers with each Dragoneer having two chances at fighting the boss. Rewards for this competition include Honor Tokens, gold and ascension materials.

Also coming to Call of Antia are two new heroes – Samol and Jake. Samol is a 5-star Red hero who attacks enemies with his Eyes of Fury delivering a Brutal Hammering to them. Jake is a 4-star Green hero using his weapon the Gray Smile and skill – Deadly Smile. Both are available in the Summon Pool until May 25th. Also accessible until May 25th is the Bloody Glory quest event, which tasks players with completing numerous missions in exchange for special items like hero upgrade materials and more. 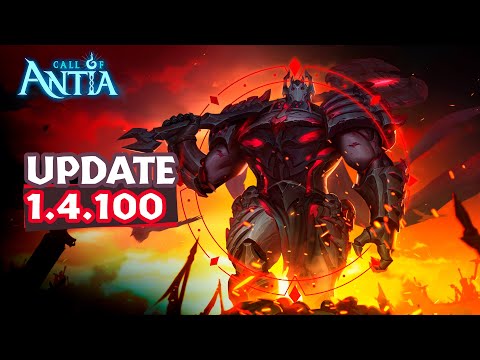 To top it all off, a new Artifacts System has also been implemented, which showcases rare items that are obtainable from special events like the Tournament of Valor. They will be activated immediately on obtaining them and their effects are automatically applied when fighting. Artifacts may be rare, epic, or even legendary, and all of them can be upgraded using Artifact Crystals.

Lots to look out for in this update. What is your favourite part? Download Call of Antia for free on the App Store and Google Play. It can also be played on Facebook Gaming in limited countries.

Also, check out the best match-3 games to play on mobile!
Next Up :
PUBG MOBILE lets US players score exclusive Butterfinger-themed goodies in the game in its latest collab

Call of Antia, the match-3 RPG, gets its biggest update yet