In time for the spooky season

BU is an upcoming puzzle platformer where you play as a wizard who is accompanied by a blue ghost, called Bu, on his journey. Its set for release in October with no specific date announced yet.

The aim of each of BU's levels is fairly simple. You and your ghost pal must work your way through to the gate that sits at the end of each level. On your way you'll have giant blocks, spike pits and evil ghosts to contend with.

The challenge lies in the movement of the ghost. As the wizard, you can only jump and teleport the ghost to your location. The ghost, on the other hand, is capable of moving giant blocks and will also allow you to double jump by timing the teleport correctly. 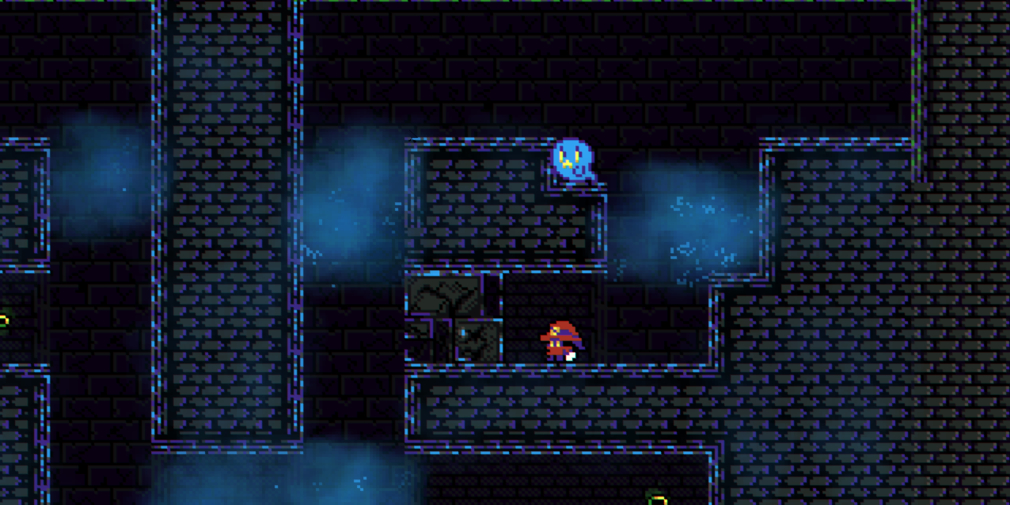 However, you can't control Bu directly beyond teleporting him to you. Instead, it simply follows you relentlessly wherever you go. This means that you essentially have to trick it into pushing blocks for you by manipulating its position.

This can also backfire horrendously too. For instance, if you leap over a moveable object, leaving Bu behind, it will start pushing the block and if you've timed it poorly this could lead to you being pushed into a spike pit or another enemy. It's an interesting idea for sure and I'll be interested to see how it turns out when the game releases later this year.

The developer is hoping that BU will be heading to Android devices sometime in October, with no specific release date yet. There is currently no iOS version in the works although a port could happen if there's enough interest, according to the developer. For more information including screenshots and Gifs, head over to the official Twitter account.