Who's ready for a huge content update this month? Neowiz has just announced some exciting additions to the Brave Nine family in the hit RPG’s massive August update. Along with some new Legend Mercenaries and Companions, the game is also adding a new Campaign episode this summer.

Brave Nine welcomes the Legend Magician Mercenary Sillion and Companion Evangelia, along with Legend Supporter Mercenary Babariba and her Companion Kee. What’s even more exciting is that all players will be able to receive Legend Mercenary Sillion as soon as they log in once the update rolls out. If you’re curious about these awesome new characters, you can catch their introduction teaser in the embedded YouTube clip below. The hype is very much real, isn't it? 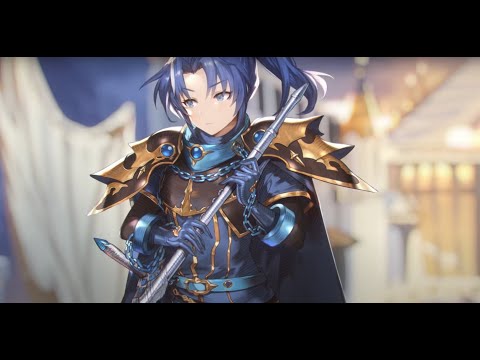 To amp up the anticipation even more, there will also be a daily log-in bonus from now until September 16th, with exclusive celebratory rewards that include the new Legend Mercenary Sillion, a Legend Skill Book, Legend Companion Gift x500 Selection Ticket, and 5-star Legend+ Rune x2. Ten free recruits are also up for grabs for 10 days in the Personaz Update Celebration - Free Recruit x100 limited-time event.

For those who are unfamiliar with the game, Brave Nine combines classic turn-based combat with engaging narratives in an anime-inspired RPG. The mobile strategy game is available as a free-to-play title with in-app purchases on the App Store and on the Google Play Store.

If you’re keen on finding out more about the game, you can join the community of fans over on the game’s official Facebook channel, visit the official website for all the latest announcements, or take a peek at the awesome footage on the YouTube channel.

On the hunt for more tactical titles? Feed your inner strategist with our list of the top 25 best strategy games for Android phones and tablets in 2021!