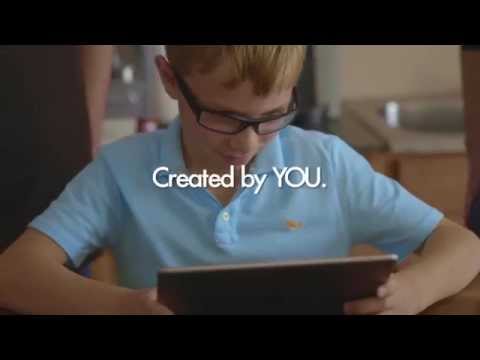 Turns out that (despite what Greg may have told you that time behind the bike sheds) games are not created by a developer tootling into his or her basement and turning the handle of a sausage machine until a best-seller falls out.

Instead, you're going to need to learn how to code and make levels. And Bloxels - a brand new game from Pixel Press - might help you to do that.

It allows you to design and build the base blocks of a dungeon crawler game in the real world before playing it on your mobile device.

In simple terms, it's kind of like learning to code through Lego where you design a level layout on a square board using cube shaped pegs.

Square peg in a square hole

Each peg is a different colour and each represents a different gaming element. Place a green peg and you'll build a wall, while yellow is loot. Blue are baddies and red are turrets, white is a door, and purple pegs are power ups.

So in theory you could place a hoard of yellow pegs in the centre of your real-life board to create a loot stash, surround it with red peg turrets and blue peg buddies, ring them with a wall and a locked door, and place the key on the other side of the board surrounded by enemies.

Tah dah! You have a level!

The real jazz hands start, however, when you take a photo of the board with your mobile device. The photo ports the board into the Bloxels app, and allows you to drop your hero straight onto a digital version of what you've just made.

If you're not happy with a certain element you can then edit it within the app, turning the game into the lovechild of Minecraft and Cribbage.

Bloxels is targeted mainly at children aged between eight and 12 to teach them how to code, and will be available on iOS, Android, and Kindle tablets following its successful Kickstarter campaign.
Next Up :
Noah's Heart first impressions preview - "Puts the 'massive' in 'MMORPG'"