Following the initial announcement in mid-August, Lazy Kiwi's 2D platformer, Blon, is now available for iOS and Android. It follows the adventures of the titular Blon the blob as he embarks on an adventure to retrieve stolen family treasure from his older brother.

Despite the cute, pixelated exterior, Blon promises to be a challenging platformer that tests your reflexes and agility.  If that's what you're after, that is. If you're not looking for something so difficult it makes you want to toss your phone to the other side of the room, it does feature various difficulty settings so folks of all skill levels can enjoy it. 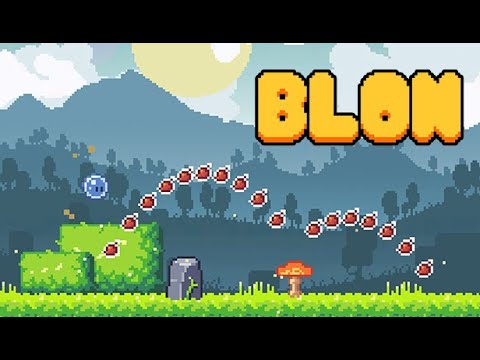 To catch your pesky brother, you will need to make your way through seven different biomes, with each possessing environmental effects that pose various challenges. It's not just the levels themselves that stand in your way either. Your sibling has ordered his lieutenants to guard each area, meaning there are 21 bosses to defeat.

As you progress, there are numerous talents you can unlock to improve your skills. These can increase your offensive and defensive abilities alongside debuffing your foes. Likewise, you can also upgrade your equipment to improve your prowess in battle.

Elsewhere, despite the game being named after the main character, you don't necessarily have to play as Blon. There are 16 different heroes you can choose from in total, with each having its own stats to suit multiple playstyles. You can check out some gameplay from Blon in the embedded trailer above.

Blon is available now over on the App Store, Google Play and Steam. On mobile, it is a free-to-play title with a single in-app purchase that unlocks the whole game for $3.99.

On the lookout for more platformers you can play on your phone? Here are 25 of the best available for iPhone and iPad
Next Up :
Dragonspire is now available to add to your wishlist on Steam ahead of its official launch next year