I feel like I hear the team 'Like a PC in your pocket' to describe mobile phones on a semi-regular basis. The device, despite originating as a portable way to stay in touch, dominates most of our lives, from vocation through to vacation. However, they lack some of the nuances of the modern PC, which is where fresh-faced Kickstarter candidate, the Pantera Pico PC, steps in.

The Pantera PIco PC is a palm-sized PC complete with USB ports, various RAM options, a Dual-Band WiFi receiver and more. It's not specifically targeted at mobile users, instead offering a device that sits somewhere between mobile's micro-portability and a laptop's multitasking capability. While right now, at the end of a major, multinational lockdown, might not seem like the best time to discuss how to make laptops smaller - as many of us have been working from home - this is easily the smartest option ever offered in this space.

Smartest, that is, from a non-gaming angle. This Pico PC isn't a bad little offering, and at £149 (£108 if you grab it at Early Bird prices on Kickstarter) it's cheaper than picking up a prefab PC by a country mile. However, in the same way, as you wouldn't expect a prefab unit to be able to run the latest AAA game or be able to edit videos without major slowdown, you shouldn't expect the same from the Pantera Pico. It's aimed at filling a void in the workspace, rather than the downtime, however, there are some notable exceptions that we'll get to later.

As far as being a replacement, or alternative-to, a laptop or tower-powered workspace, the Pantera Pico really delivers. Rig it up to a monitor or projector and you're away - you can quickly continue your work or dial into WiFi and resume anything you were working on online. It's great for hot-desking, or even for dialling in as a terminal - however, its portability is limited by the screen you'll have to employ to use it.

On that note though, I've found the Patera Pico PC that I was sent along to review to be useful for a couple of things that might not initially spring to mind. Mostly it has become a media storage device. I've got movies and music on there, as well as a few TV shows and a couple of small games. Those are roles that I normally prep my laptop for when I'm going to be away from the house for a few days, or out for an event all day. I can now just carry the little Pico with me, plug it into a mains socket and plug it into anything that takes an HDMI input in order to get it going.

Not only is it, of course, capable of running all of those various forms of media, but that means that - as I mentioned earlier, with it being set up as a terminal - I can remote into my PC, or network to my PC, from any screen in the house. That means that it can quite quickly replace a few different devices from my collection: The Raspberry Pi I run emulators on, the Steam Link, and quite a few of the memory cards I normally carry around for music or movies.

There are three more things that I want to discuss before I conclude this article. The first is that, without accessories, the PC - as with any other PC - is pretty much dead weight. You need to be able to connect it up to a screen, and you need interface units like a mouse, keyboard or controller in order to actually interact with it. That is, of course, if you're not just hot-desking. While not majorly tricky, it is something to remember when you look into the Pantera Pico. Laptops, of course, have screens, keyboards and mice/pads built into them, and phones run on a touch-screen... the Pico is a powerful little box, but isn't the complete package unless you pick up some extra accessories. 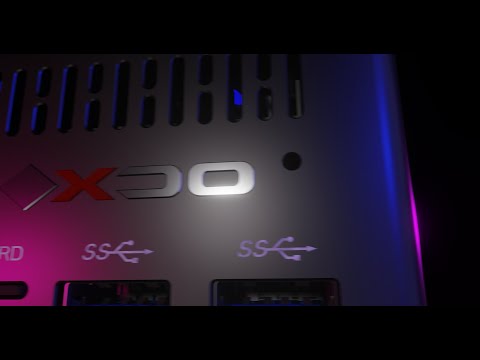 Secondly, is the power supply. Earlier this year I moved home. This meant going through 'wire boxes', unplugging excess cables and trying to pair five people's worth of cables with the associated devices. Something became apparent very quickly: There's been no 'Universal' cable, but every so often the industry gets close. Pantera's Pico PC uses a 12v, 24w USB-C power charger. The USB-C format has been seeing an increasing amount of use - although, confusingly there seem to be more wall-socket power variants out there than there have been other charger types over the years. That's not a problem out of the gate, but it might become one further down the line if the charger is lost - as there are a lot of options when it comes to replacing them.

Third and finally, despite active cooling, if you place the Pico down on a flat surface then it'll start running hot, fast. Uncomfortably hot too. While the kit inside the box will no doubt be equipped to handle this, and heat outside is not indicative of heat inside, it does make it quite tough to handle.

As a multimedia centre or transportable workspace, the Pantera Pico is sleek and easy to move around. There are even accessories to focus it more towards any of those - although the absence of a battery does limit its use while in transit. Considering its price of $149, or $179 for the 8BG version complete with SSD, it is a complete bargain as a workspace desktop solution, or media centre, or media storage, or terminal set-up, or many other intermediary roles in a tech set-up.

If you're interested in the Pico PC then head over to the Kickstarter where it is live through the end of September. at the time of writing it is over 700% funded, and it's unlikely to slow down. We reviewed the 8GB RAM version.

The Pantera Pico PC might not deliver on amazing AAA visuals, or capture the portability of mobile or tablet devices, but it is very transportable and - with its desktop functionalities - can affordably, efficiently deliver in a lot of ways that phones and laptops can't.
Next Up :
Automatoys review - "Tactile fun from days long past"