Pre-register now for a special blessing!

Following successful releases for PC and console with Bless Online and Bless Unleashed, publisher JoyCity will soon bring the MMORPG’s series’ first mobile release to our touchscreens after opening pre-registration for Bless Mobile.

Developed from the ground up using Unreal Engine 4, the pocket-sized MMORPG promises to bring the very best features the game engine has to offer to our fingertips. Based on the footage displayed in Bless Mobile’s latest trailer, developer Think Fun appears to have done an incredible job of bringing the nations of Hieron and Union to life, providing a richly detailed open world environment populated with beautifully designed fantastical characters. 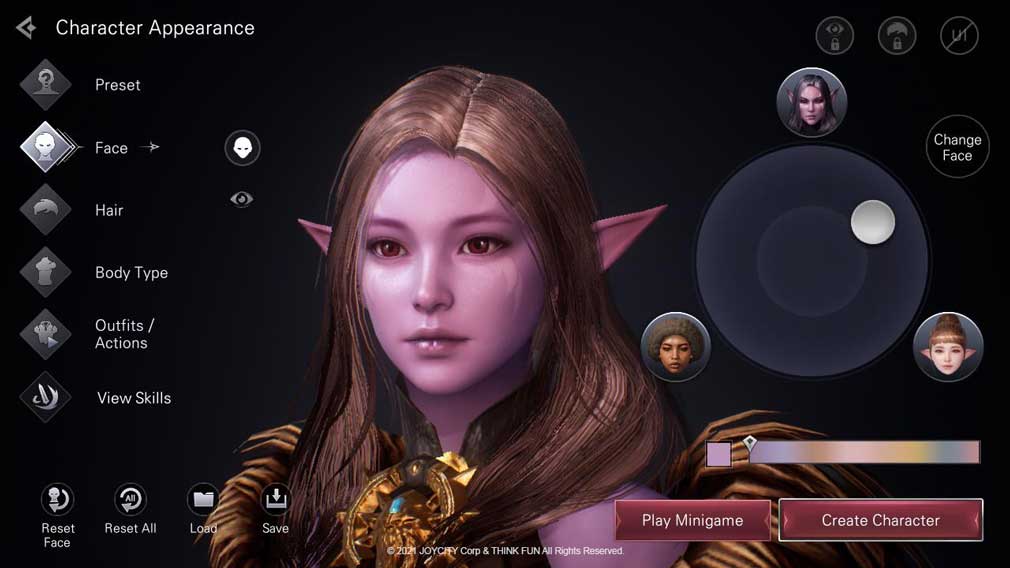 Among the many impressive features that players can look forward to is Bless Mobile’s robust character creation system, where you can craft unique heroes based on the game’s four distinct race types and five separate character classes. The sheer amount of distinctive design choices available is extremely impressive, and, thanks to the game’s easy-to-use UI, is very easy to explore. Players will also be treated with an extensive set of presets to help make things even more convenient.

Players will also be treated to an intuitive combat system, which differs from the usual standard found in most MMORPG’s. In Bless Mobile, Think Fun has avoided the traditional point-and-click style interface, opting to employ a more dynamic, direction based combat system where weapon type and range of motion will determine a character’s attack range, and the hit box always following the weapon’s path. Special consideration is also given to making weapon impact and skill casting extremely distinctive and dynamic, providing a variety of moves and animations that will keep fans of hack and slash style combat well satisfied.

Players can expect the game to launch with all of the usual trappings provided by a big budget, modern day MMORPG, including a huge range of dungeons to explore in solo, party, and guild modes, with the option of idle or manual combat. Players will also find a wide variety of in-game activities to engage in like fishing, collecting, and mining.

For those that pre-register, you can also enjoy a special bonus of $50 worth of in-game items when the game officially launches.

You can find Bless Mobile available to pre-register for right now for both Android and iOS.

Official Website
Official Facebook Link
What's A Preferred Partner Feature?
From time to time Steel Media offers companies and organisations the opportunity to partner with us on specially commissioned articles on subjects we think are of interest to our readers. For more information about how we work with commercial partners, please read our Sponsorship Editorial Independence Policy.
If you're interested in becoming a Preferred Partner please click here.
Next Up :
Mission Zero drops three new character trailers ahead of technical test