Bladed Fury, the gorgeous-looking 2D hack and slash game based on Chinese mythology, is out now on iOS

First reported on Touch Arcade, Bladed Fury from NExT Studios and PM Studios has officially landed on mobile. Out now on iOS, the 2D hack and slash title features lightning-fast action and gorgeous visuals based on Chinese mythology.

In Bladed Fury, players follow the tale of Princess Ji and her quest to right the wrongs of being framed for her father's murder. It's all about vengeance and restoring peace to the kingdom, all while encountering colourful characters and monstrous enemies along the way. The story is set during the Warring States period. 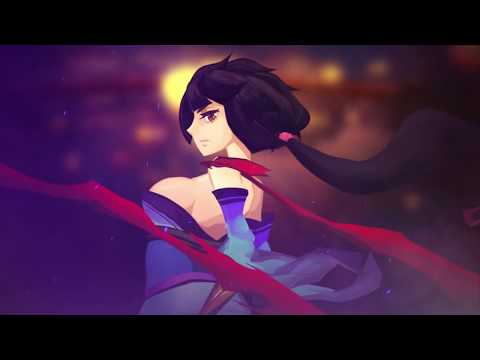 From the embedded console launch trailer above, it does seem like each new battle is as exhilarating and adrenaline-pumping as the last, with a beautiful soundtrack in the background that stays true to the game's aesthetics. The bosses do look larger-than-life as well - you can take a little sneak peek at the footage above to see the thrilling action sequences for yourself.

If you're eager to join in on all the jaw-dropping action, you can download Bladed Fury on the iOS App Store and give it a go. It's a premium title that costs $4.99 or your local equivalent. You can also visit the official website for more info or join the community of followers over on the official Twitter page to stay updated on all the latest developments as well.

Are you on the lookout for more fast-paced and action-packed titles that will put your skills to the test on your mobile device? Why not take a gander at our list of top 15 best hack and slash games for Android?

Next Up :
Pikmin Bloom celebrates Community Day with special giveaways and a flower delivery service team-up