Netmarble will have another action-RPG out on iOS and Android in November called Blade Waltz.

For the most part it seems to be your standard fare but on further inspection a tag-team battle system is revealed.

All this means is that you can tag in any of your three party members if the current one's fighting style isn't working out for you.

You can also summon allies in for huge finisher moves against the biggest beasts you attempt to slay.

As to who you can tag in, well, Netmarble has only shown off the three main characters so far (whether there are more than this available is unclear). Here's some basic info on them: 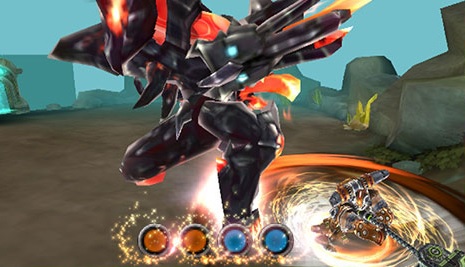 These three characters spearhead the story, which is about ensuring a power-hungry evil dude called Lupinus doesn't take over the land of Elysium.

As well as this main Scenario, the game will offer modes including PvP, Tag Team Battles, Boss Raids, and Material Dungeons to try out.

If you're interested, you can pre-register for Blade Waltz on its website and receive three limited weapon costumes and 200 gems once the game launches.