Major additions have come to Black Desert Mobile! Pearl Abyss has just announced that a new Sage class is being added to the game. Along with this, a new game mode is coming to the MMORPG as well.

The Last Ancient Sage belongs to the caster-type class and is adept at manipulating space and time to cause massive destruction all around him. The Sage’s main weapon is the Kyve, which he used to open rifts in space in order to absorb Ator’s Energy to cast powerful offensive magic. His sub-weapon is the Talisman that modulates his form into a free-flowing state, which lets him move at incredible speeds through magical portals.

Here’s a peak at Sage’s skills: 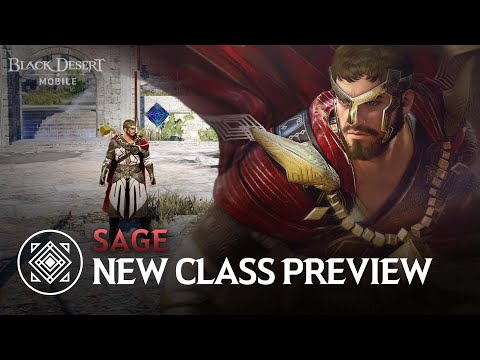 The unique skillset possessed by Sage allows for lots of manipulation and experimentation to find the right combination that will make you invincible in combat. Levelling up a new class hero from scratch may sound like a task, but if you get your Sage to level 70 then you will be rewarded with 1000 Black Pearls, a Tier 7 Pet, and a Legendary Costume Set Chest.

There’s also a new game mode called Atumach Skirmish, which features competitive co-op battles where 25 players are divided into five factions with five people in each. Each group will then collaborate to defeat the King Griffon boss monster alongside the other groups. Rewards will be distributed in accordance to the faction’s rank and each player’s contribution.

Level up your sage today by downloading Black Desert Mobile for free on the App Store and Google Play.

Also check out the top RPG games to play on mobile!
Next Up :
Fortnite's December 2022 Crew Pack is set to feature the Joni the Red set