The highly anticipated Black Desert Mobile has soft-launched in select regions today for Android. If you're from Australia, Chile, Canada, Ireland, Malaysia, Sweden or Turkey you'll be able to download the game now from Google Play.

This means if you're an iOS user you've still got a while to wait, with the expected release date for Apple devices currently listed as 12th December. The game is based on the popular PC game of the same name, minus the mobile bit obviously, and looks to bring a fully-fledged MMORPG experience to phones.

As you can see from the character creation teaser below it's boasting some pretty impressive looking graphics. On top of that it'll offer in-depth customisation options for your character, so not only does it look great but you should have full control over how your character looks, rather than having to select from a limited number of presets. 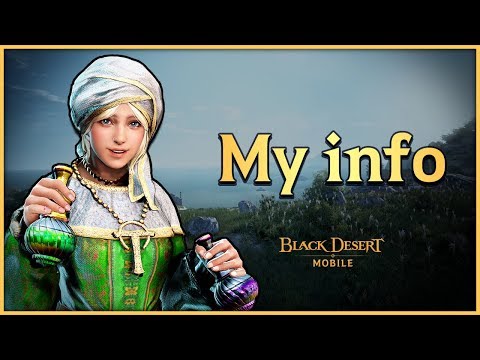 The developers are also promising that the game will offer the same combat as the PC version does as well, which sounds very ambitious. However, it's potentially not that surprising since the game has been available in Korea for quite some time now. We gave our thoughts on that version of Black Desert Mobile and it's presumably only been improved since then.

It'll come fully featured for Western players right out of the gate with numerous PVP modes, bosses and camp upgrades all available on launch. So there's plenty of content to tuck into.

Black Desert Mobile is available now through Google Play if you live in Australia, Chile, Canada, Ireland, Malaysia, Sweden or Turkey. Beyond that, you can pre-order it ahead of the full launch on December 12th through the App Store or Google Play. It's a free-to-play game with in-app purchases.

Check out our news section to discover the latest, and greatest, games.
Next Up :
Happy Game will soon give mobile gamers psychedelic nightmares on February 2nd