An ear for music

Big Ear is a casual and relaxing puzzle game that smartly demystifies the creative process behind making music. It aims to turn producing music into a fun, straightforward, and social experience, with a real focus on enjoyable learning and community interaction. And it’s already got a fair bit of buzz behind it after taking home the second place prize at last year’s Big Indie Pitch in Shanghai. 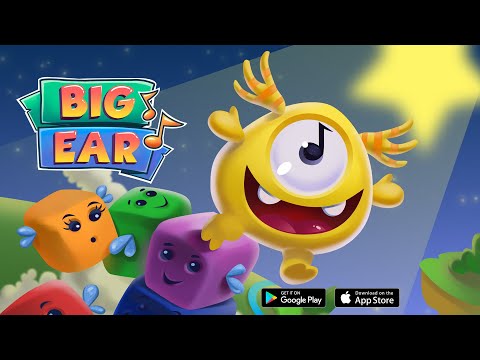 The basic gameplay sees you creating famous songs from scratch by solving musical puzzles. You play as a charming character called Solo who, together with their band, will gradually rise toward music stardom. The other characters are all skilled musicians who are more than happy to help out and lend some advice.

There’s Bossy the bass player, Sticky the drummer, Finga the keyboard player, Okto the marimba player, and Kitaro the guitarist. By working together, you’ll start to learn the essential elements of melody, harmony, and rhythm, as well as the basics of how to structure a song.

The current track list features a varied selection of huge hits, including Despacito, The Way You Look Tonight, Shook Me All Night Long, and I’m Yours. Of course, you’ll also be able to create and share your own original music through the game’s excellent composer tool. And if you want to be extra creative, you can put together your own music videos or pictures by completing puzzles within the game.

While Solo and the band might start out in a slightly rundown garage, with your help, they’ll eventually work their way up to playing in super impressive stadium-sized venues. And it won’t just be other players you’ll need to impress, as the Big Ear team has recruited musicians like Darude and Apocalyptica to inspire and work with the game’s community.

Big Ear has launched in early access as a free-to-play title, though it’s set to eventually become subscription-based once more premium songs are added. So any budding musicians out there best head on over to the App Store or Google Play to give this one a shot.

What's A Preferred Partner Feature?
From time to time Steel Media offers companies and organisations the opportunity to partner with us on specially commissioned articles on subjects we think are of interest to our readers. For more information about how we work with commercial partners, please read our Sponsorship Editorial Independence Policy.
If you're interested in becoming a Preferred Partner please click here.
Next Up :
Pokémon Go teams up with Amazon Prime Gaming to bring exclusive in-game goodies to Prime members