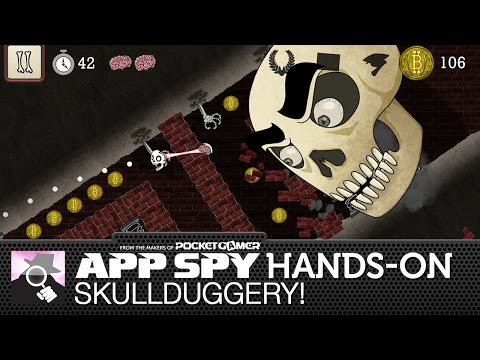 It's surprising that it's taken this long for a game like Skullduggery! to come along.

After an initial experimental phase immediately after the arrival of the App Store, developers have been strangely reluctant to stray from the traditional format of directional and action button input in platform games, so we've mostly had to put up with more or less satisfactory virtual controls.

Skullduggery! isn't entirely original, in that its central movement mechanic is taken from Angry Birds and the approximately one trillion other games that have slingshot controls, but it's a platform game unlike any other.

You play as a skull whose job it is to collect taxes. This entails navigating your way around the darkly comic platformy world, pinging the skull along by pulling on its rubbery brain and letting go.

Developer ClutchPlay Games, who first showed us Skullduggery! at the Big Indie Pitch at GDC, puts this simple mechanic to work in an array of inventive puzzle sections and action setpieces. If you're a platformer fan on the lookout for something new you would be a total bonehead to miss this. 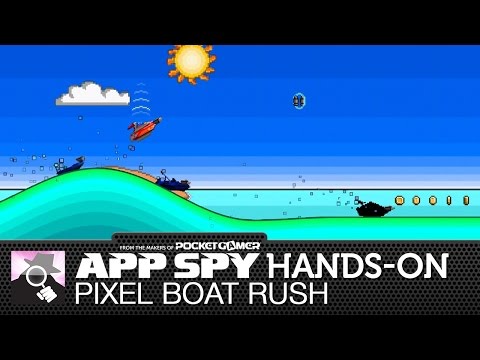 Pixel Boat Rush is nowhere near as simple as it looks. This retro boat racer's pixelly graphics and simple premise belie about 18 months of development time and a considerable amount of playtesting and polish.

The aim is to win races by going faster than your opponents and, whenever possible, destroying their boats with your weapons. This is all strung together by a story mode in which you earn money to upgrade your craft and weapons and eventually regain your place at the top of the motorboat racing leaderboards.

But the real joy in Pixel Boat Rush is the racing itself. Your main concern is to avoid jumping too high and hanging slugglishly in the air like a stupid kite, so each wave entails controlling your braking so that you glide up and over without leaving the water.

It's a novel system that requires perfect timing and quick thinking as you hastily weigh up the relative merits of jumping over a succession of small waves or bouncing over the lot of them. Getting it right is immensely satisfying.

Find The Line By Stigol - download on iPhone and iPad (free) 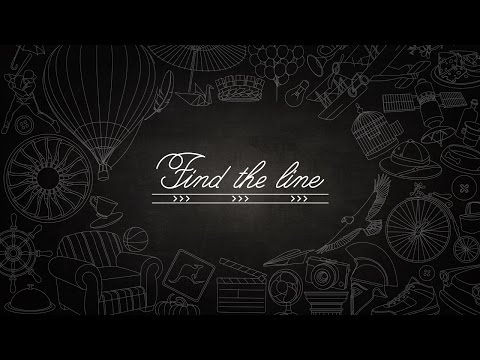 Find The Line is an incredibly strange game. Hidden on each stage is an image which you can bring into relief by sliding your finger across the screen in order to make a white light automatically trace the outline.

You don't pick out the image yourself. You just push the line along and stop when it's in the right place. But it's harder than it sounds, with multiple lines to find a place for and a timer to do it all against.

Even so, Find The Line won't test your grey matter much. It's a beautiful, innovative, and pretty much empty headed puzzler that deserves to be played simply because it's unlike any puzzlers that have come before.

Plus it won't cost you anything to try, save for the admittedly intense irritation of closing full screen ads every few minutes.

Wondering where the hell Terra Battle and Skylanders Trap Team are? You can find them in Mark's roundup of the week's best Android games. And don't forget to add your own picks below.
Next Up :
UPDATED: Definitive list of all Xbox Game Pass titles on Android with touch controls