Sluggin' it to ya 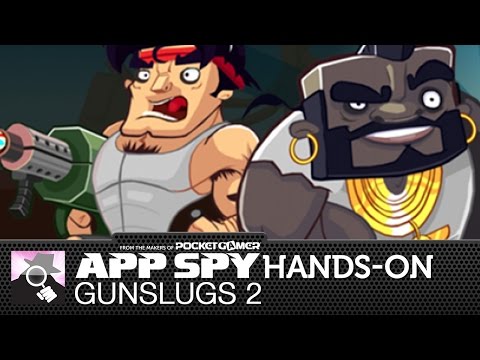 Gunslugs 2 wants to take you back to the '80s riding on a bullet through a series of explosions. It's all shoot shoot, bang bang.

It doesn't even have patience for itself. As it opens up with a short cutscene, words appear on the screen to the effect of "just get on with it."

After that's over, you're plunged straight into mission after mission of holding down a direction button and shooting a barrage of bullets until you run out of ammo. Faster, faster, it seems to say.

Oh, you occasionally jump and climb up ladders as well, I guess. But only to reach the top of towers in order to blow them up. Yeah! "Now get the to the choppah!" it says. Of course it does.

Easy to pickup action with more bullets than you can count, that's what you get here. 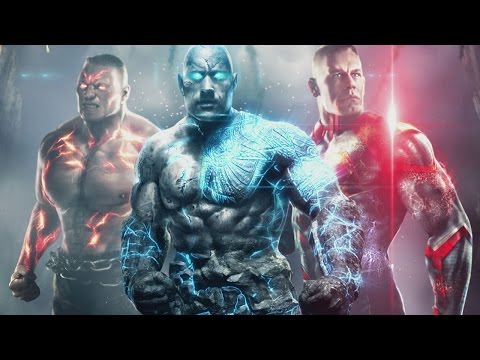 You can certainly tell that WWE Immortals is by the same studio that produced the Mortal Kombat series.

By that, I refer to the sounds of bones crunching, flesh being pounded, and skulls being pushed into solid rock floors. I've grimaced more than once while performing the special moves afforded each wrestler.

Except, well, this time around they're not all wrestlers as such. The story goes that a dark lantern opens up a portal to other dimensions. In these are the famous wrestlers as we know them but as superheroes, demons, and mighty warriors.

Big Show is a giant. Sheamus is celtic warrior. John Cena is basically Superman. It works.

That aside, the tap and swipe combo system works very well in WWE Immortals. Likewise with having to hold two fingers on the screen to block. It means you can have proper (if basic) back-and-forth fights with opponents.

Matches are 3v3 tag-team rules. So, if one fighter gets low, just bring in another to fight. What you're looking for is to build your adrenaline bar to unleash those vicious special attacks and finishers. That's what wins fights.

And, for those into it, there's an active card trading scene. Cards are wrestlers. There's plenty of them. And you can upgrade them by fighting them.

It's a pretty good fighting game for the touchscreen with a decent online community. If you're into wrestling then it's a must-play. 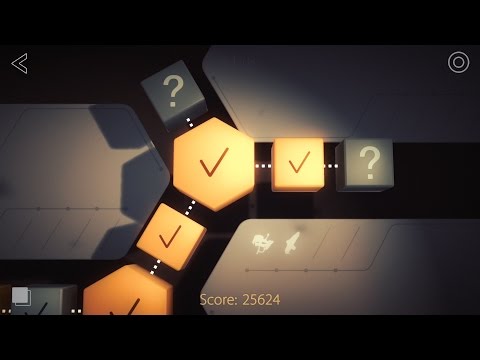 Shadowmatic isn't easy. I didn't believe PG editor Mark when he told me. But it is. Now we struggle together (if you need any help we have a guide).

It starts off fine. You use one finger to rotate objects in front of a spotlight and two fingers to move them clockwise or anti-clockwise.

You do this find the silhouette of a familiar shape in the object's shadow. It might be a fish, a kettle, or a rabbit.

But everything starts to go downhill when a second object is added to the mix. Now you not only have to find the right angle and position of an object, you're looking for the right position of two objects relative to each other.

It's really dang hard. The game does have a hint system but you're given a limited number of hints. So, really, it's in your best interest to spot that shape and fix it together.

Now, this may sound like a drag. But Shadowmatic is the kind of puzzler I can appreciate it. It doesn't hold anything back from the start, asking you to solve its puzzles or fetch your coat.