Get turbo or get lost

Beach Buggy Racing, the sequel to the Bronze Award-winning Beach Buggy Blitz, has been released for iOS and Android.

As with the first game, Beach Buggy Racing is a free to play off-road kart racer, however, it has much more content for you to steer yourself into.

Expect to be driving across volcanoes, beaches, and swamps this time around. Of course, you'll be collecting power-ups and throwing flames and dodgeballs at your opponents.

All's fair in this race to the finish line, right?

Let's say you're a pretty good racer. If so, you'll unlock more playable characters. It's worth doing, too, as they each come with different powers such as teleportation, flaming tracks, and confusion spells.

You can also use your winnings from each race to purchase monster trucks and muscle cars. Those are the more sensible options - you can race in a lunar rover if you really want to. 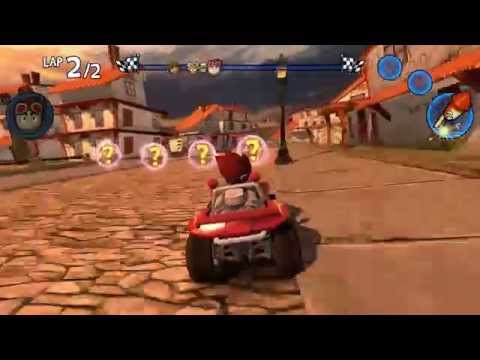 Currently, Beach Buggy Racing has 12 tracks and six different game modes for you to try out. One of which is four-player split screen...on mobile. I'm interested to see how well that works.

If that's not enough content then don't fret, developer Vector Unit has plenty of updates on the way for you. New power-ups, tracks, and probably vehicles and characters will appear in the coming months.

You'll probably also appreciate the fact that the game is fully optimized with Metal and supports MFi controllers, too.