PUBG Mobile might have been banned in India, but the PUBG craze has not stopped. Battleground Mobile India is basically the Indian version of PUBG Mobile and is hosting an eSports event titled 'Battlegrounds Mobile India series 2021' with a massive prize pool of INR 1,00,00,000 (around $135K USD).

If you are looking for more details about the Battlegrounds Mobile India series 2021, then you have come to the right place. Be it the prize pool, schedule, registration process, or anything else. We will tell you everything you need to know about BGMI India Series 2021.

The tournament has been divided into five rounds.

Must know details about the In-game qualifiers

Every team that registers will have to play 15 matches with their registered team members. Matches will be played in normal lobbies. Krafton will automatically take the top 1024 teams' scorecard, and such teams will then be contacted and provided details about the other rounds.

Note: Registered squads can start playing 15 games from 2nd August IST onwards and have to complete all 15 matches before August 8.

Furthermore, there are other cash rewards too. Such as for the overall MVP, most kills by a team, etc.

How to register for the BGMI India series 2021?

If you have taken part in any of the previous PUBG Mobile tournaments, you shall not face any trouble registering for the Battle Grounds Mobile India series, as the process is pretty much the same. But if you are new to the esports scene, then don't worry; just follow the below-mentioned steps to register for the BGMI India series:

1. Go to the official BGMI India Series 2021 website.
2. Click on the 'Register now' button.
3. Fill in the necessary details and submit the details.

That's it. Now starting from August 2, you can start playing the 15 matches alongside your registered teammates. 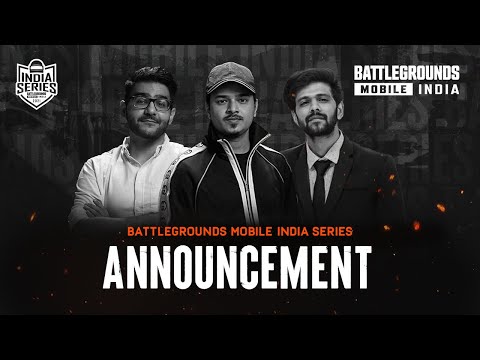 What is the minimum age to take part in the BGMI India series?

As per the rulebook, players should be a minimum age of 16 years to participate in the BGMI India series 2021. However, players between 16 to 18 years will be required to submit a consent letter from their parents or legal guardian.

So that concludes Battlegrounds Mobile India Series 2021: Everything you need to know post. If you are taking part in the tournament, we wish you all the best.

Love Battle Royale? Check out our list of the best Battle Royale games for Android.
Next Up :
Pokemon Go's Hoenn Tour is taking place in Las Vegas, Nevada, in February 2023

Battlegrounds Mobile India hacks - How to recognize and report them