Destroy them all!...After this turn...

Set in the Warhammer 40,000 universe, the hugely anticipated tabletop Battlefleet Gothic: Leviathan is coming to iOS tomorrow. Until then you can enjoy its soft launch in New Zealand, Australia and South Africa. 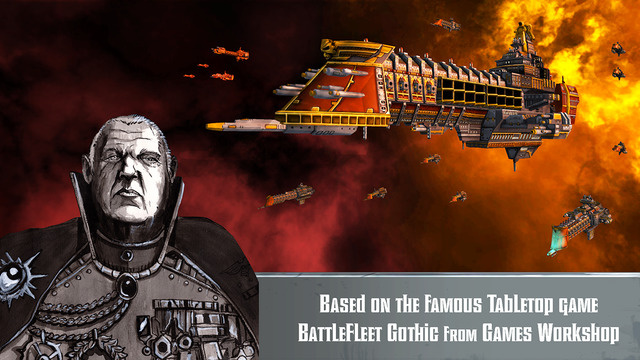 In keeping with the beloved tabletop game Battlefleet Gothic, Battlefleet Gothic: Leviathan covers the battle from the Shield of Baal campaign. Using your fleets of Space Marines, Imperial Navy, Blood Angels, Tyranid Hives and more, you must battle your way to victory, defend the human Imperium, and protect the galaxy.

This turn-based strategy game deals a faithful rendition of its original tabletop counterpart and lets you upgrade your fleets and officers. It also offers a worldwide multiplayer mode and local multiplayer so you can beat your friends and rub it in their faces in the same instance.

Battlefleet Gothic: Leviathan will be available from tomorrow worldwide, though we'll keep you updated if anything changes. Until then if you'd like to partake in its soft launch but you're not in the stated country check out this handy article.