I could've made it dirty, but I didn't

Having first caught wind of this back in June, Colin Lane (Touchdowners, Golf Zero) and Kappsule Studios will be bringing Battle Golf Online to iOS next week. 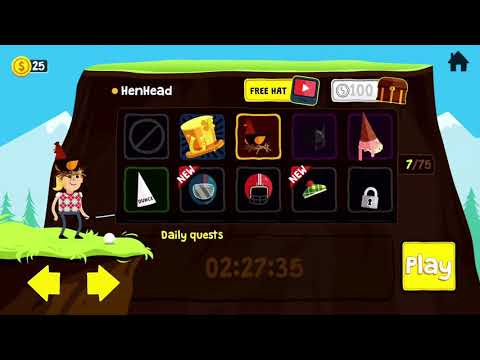 Subscribe to Pocket Gamer on
Be the first to get your ball in the hole in BGO and earn some pretty sweet bragging rights. If you've played the original, Battle Golf, you'll get the deal

This time, however, you can challenge people from around the world in real-time multiplayer...or just drive balls at them 'cause you feel like it. Not that you're malicious or anything, sometimes it's just right to do so - like if you're losing, for instance.

Battle Golf Online arrives on the App Store next Thursday, August 31st. Don't worry, Android is coming but it'll be releasing a little later.
Next Up :
Daily Dadish lets you try and save your missing radish kids one day at a time, out now on mobile

Kick it up a gear in Battle Golf Online, currently looking for iOS testers