Magic Cube and Dizcon have announced the official release of Barcode Fingermon, the quirky mobile RPG that lets you scan barcodes to summon and collect monsters in the game. Now available to download for both iOS and Android users, the unique title combines the combat mechanics of Finger Shot RPG with the barcode scan system of Barcode Kingdom. It also brings together elements of Mirror Land's worldbuilding.

In Barcode Fingermon, players can expect to engage in slingshot-style battles with their Fingermons as they summon monsters from QR codes and barcodes. Players can collect these characters and level them up, as well as engage in four types of Main leagues and different Event leagues as well.

There is a wide variety of special conditions that need to be met during these events, along with thrilling Boss hunting quests that will require players to use all of their Fingermons to succeed. There are 160 different types of Fingermon to collect, each with its own stats and abilities. You can also go Field Hunting to catch Fingermon in the wild. 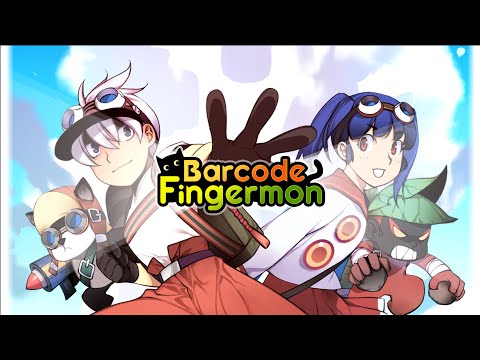 To celebrate the official launch of the game, Magic Cube and Dizcon are offering the title at a discounted rate of $0.99 without any in-app purchases required. You can still catch this special 66% discount until April 26th, so if you're eager to give the game a go, there's no better time than now to download from the iOS App Store and on the Google Play Store for Android devices.

You can also visit the official website for more info, or have a look at the embedded trailer above to get a feel of the game.

Are you on the hunt for more similar titles that will put your skills to the test on your mobile device? Why not take a gander at our list of the 5 iOS and Android games like Pokemon GO?

Next Up :
Knights of San Francisco is now available to play for free on Google Play Pass

App Army Assemble: Barcode Fingermon - "Does this RPGs scanning mechanic make it stand out in the genre?"