BarbarQ 2 is the sequel to the much-loved RPG BarbarQ that is now out in selected countries.

BarbarQ 2: New Adventure is a brand new RPG developed by Electronic Soul and a sequel to the popular BarbarQ. The game will offer players an experience that combines MOBA elements with a creative sandbox.

BarbarQ 2: New Adventure will be set in a post-war Hala, and the plot follows a group of barbarians attempting to rebuild their home. The players will become the chieftain, who will have to recruit heroes, go on adventures and find treasures to bring glory to their clan. 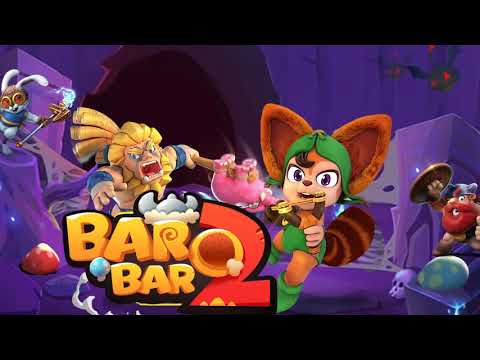 BarbarQ 2: New Adventure will pit players in competitive and entertaining 3v3v3 ranked real-time battles. Players will also have the ability to acquire random skills and select from numerous cute pets that possess magical powers and have funny stories. It also offers players several game modes, like a classic mode called Barbarq Arena, or Survival Mode, which provides a diverse gaming experience. The developers have also promised player duels to be filled with suspense and unpredictability.

Players who download the game now will be able to redeem a limited-time gift pack using the code LOVEBBQ. The steps to redeem the code are:

BarbarQ 2: New Adventure Beta version has now launched in Malaysia, Indonesia, and the Philippines. People who wish to download the game from these regions can via Google play.

Players from the other areas who wish to download the game can download the APK version of the game that the developers have officially shared on the game's Facebook Page. Please note that all the player data will be wiped after the beta ends, and players will have to start fresh once the game is released globally.