Switch
| Baba is You

Baba is You. Wall is Stop. Key is Open. Door is Shut. And then Wall is You, Baba is Open, Key is Shut, Water is Love, Rock is Float, and your brain has all but shut down.

This is a typical game of Baba is You, a ridiculously complex puzzler that has you questioning not only every decision you make, but how anyone managed to think up something so bizarre.

It's also absolutely brilliant. This is a puzzle fan's dream - a game that encourages you to break all the rules and find your own solutions to its myriad problems. Baba is Very, Very Good.

The premise of Baba is You is, at its heart, quite simple. You need to move yourself to the goal. That's it. 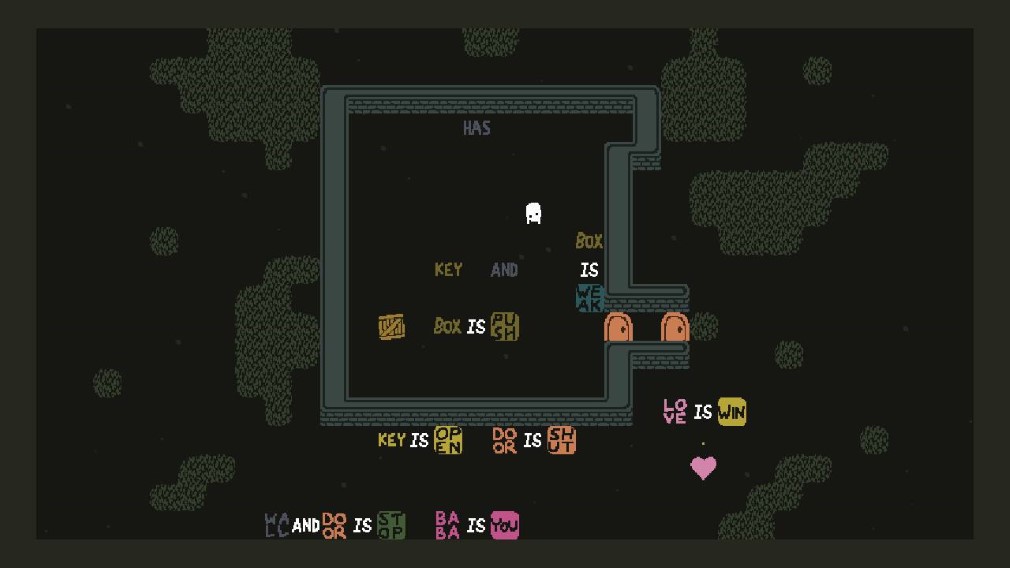 Only, that's not really it. The rules of each level are represented with blocks of text dotted around the screen - Baba is You, Wall is Stop, and so on. But these rules are made to be broken.

Each block of text can be pushed around to create new rules. If Wall is Stop won't let you leave a room, you can disconnect that sentence to make it so Baba walks through walls now.

As you progress through levels, the solutions become more and more ridiculous. Usually, Flag is Win. But maybe Flag is hard to reach, so you can change some other object to be Win.

Maybe Baba is useless to you, and now you need to set the rules to Water is You to navigate around. Or Water is Push, should you need to get past it.

Some rules can't be changed - these ones are usually blocked off in the corners of the map. But that only makes you think harder about which rules can be altered, and these confines lead to some of the more inventive solutions in the game.

Let's not beat around the bush - Baba is You is really, really tough. Even with its simple control scheme and the ability to rewind every step you make, there are going to be moments where you just hit a wall on a certain level and can't seem to make any progress.

You usually open up several levels at a time, so you're free to quit out of a puzzle and try something else if you get truly stuck, but the further in you get, the harder the puzzles, and you may well want to give up altogether at some points. 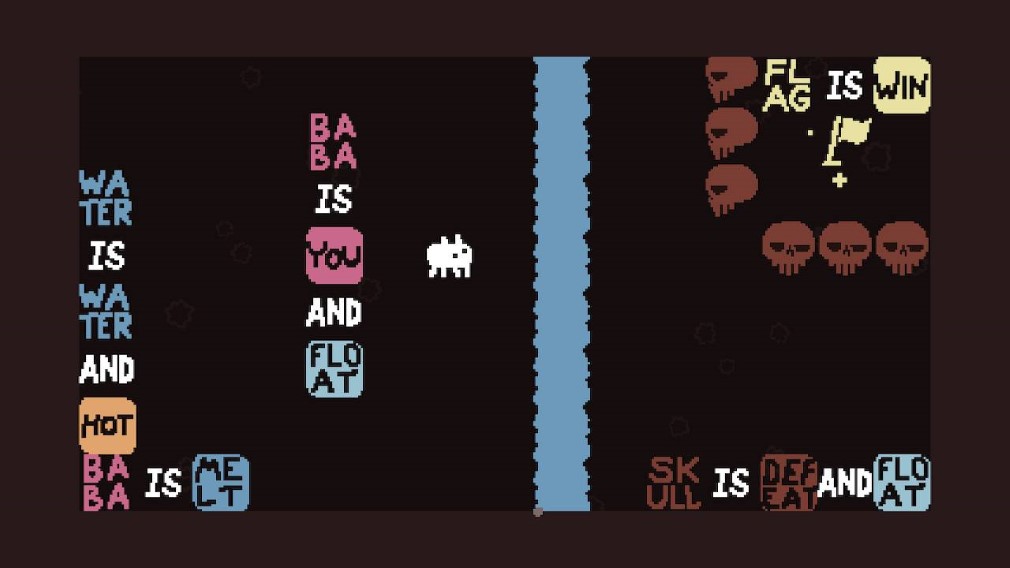 But the feeling of satisfaction when you stumble across the solution is euphoric. You'll kick yourself for not seeing it earlier. You'll marvel at how ridiculous the game is, and then realise that, in its own way, what you just did makes perfect sense.

Baba is You is one of the most inventive, exciting puzzle games you will ever play. It's beautifully simple in its graphics and its core design, but it'll make your brain hurt with how nonsensical the solutions appear to be.

But when it all clicks together - and it will, eventually - you'll feel like a god. You'll be unstoppable. And then you'll run into another wall in the next level. But you won't even care.

If you like puzzle games, or even if you just like seeing something entirely new in video games, then do not miss out on Baba is You. It's sheer brilliance in a silly wrapper. You'd be a fool not to play it.

Baba is You is a smart, silly, brilliant puzzler that demands your attention - ignore it at your own risk
Next Up :
Jade Order review - "An puzzling path of the warrior"