The ever-so-popular tactical strategy gacha RPG Azur Lane has announced its latest event that will run from April 28th to May 12th. Rondo at Rainbow’s End sees The Iron Blood Fleet return and will introduce new characters, costumes, furniture sets, and more.

Let’s tackle the most important bit first. This event sees the addition of seven brand-new characters; Seydlitz, Emden, and Lutzow, all super rare characters that you’ll be able to roll for on the event-specific gacha banner. Each will introduce new abilities to add onto the already massive Azur Lane, and they will be added in alongside three Elite rarity characters; Thuringen, Yorck, and Elbing. All of these characters will play differently from one another and shake up the meta for the game wildly, so be sure to get them while you can.

Of course, we will feature each one on the tier list of best ships in Azure Lane.

Alongside these characters, you’ll also be able to buy 11 new skins within the in-game shop, each sporting a gothic Victorian-era themed. These are Emden’s White-Black Partita, Lutzow’s Everlasting Blood Banquet, and Elbing’s The Throne of Misfortune skins. These can all be acquired by a coupon ticket you’ll get from completing event-specific challenges. 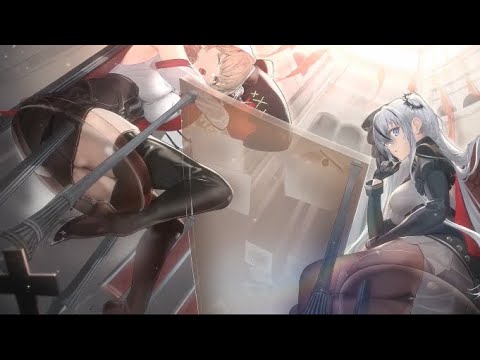 The premium options that can be bought from the shop with real money are Seydlitz’s Heir of The Vampire Killer, Thuringen’s Tidying In the Moonlight, and Yorck’s Breaker Beneath The Blood Moon. If it wasn’t clear from the names, all of these are vampire and blood-themed. Frankly, the entire event sort of calls back to Castlevania with these names and the specific designs.

All of these additions will be included alongside some general EXP buffs taking place during the event, new objectives to chase for new titles and rankings, and rare furnishings to put into your academy housing for your units to meander throughout.

So, if you’re an Azur Lane player, this is all wonderful and plentiful content for you to dig into. And if you’re not but are intrigued by the theme of this gothic horror event, you can download Azur Lane for free on the App Store and Google Play.

Are you looking for more gacha RPG games? Why not give our Top 25 gachas for Android a look?!
Next Up :
Fortnite hosting another crossover with Street Fighter by releasing two brand new skins