The ever so popular naval based shoot-em-up gacha Azur Lane has announced its latest major event, the third in the Royal Navy line, Pledge of The Radiant Court. In this event, Warspite unites with the Royal Navy to find the missing Her Majesty The Queen under the lead of Vanguard. It will run from now until June 15th and introduce six new characters, varius mini-events, and cosmetic items.

Of course, the new characters are the highlight here. And among these new six we have; Vanguard, the ultra rare battleship. For the super rares, we have Jervis and Indomitable. For the three new elites, we have Revenge, Bellona, and Little Chesire, each a member of the Royal Navy themselves. And finally, a new retrofit for Unicorn will be available, making her perform that much better in combat. Vanguard, Indomitable, and Revenge will have a rate-up in the Limited Construction Pool, and Bellona will be redeemable through training points. 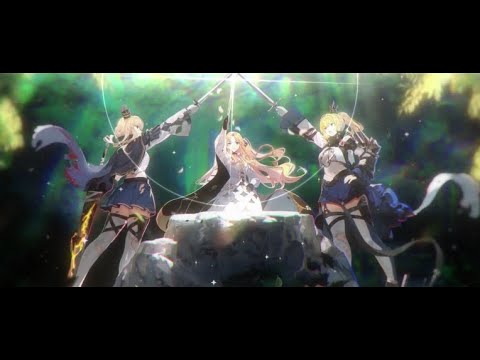 As for the mini-events and rewards, one of these will actually allow you to get Little Cheshire completely for free in the new “A Cookie For Mew!” mini-event. If you clear the challenges presented from this task, you will earn Cookie Points, which you will then give to Little Chesire and increase her trust until you reach the max, where she will then become your character.

And finally, we’ve got some new skins. Eight of them to be exact, three of which actually take advantage of the recently popular Live2D art style. Those three Live2D skins will be available for Vanguard, Prinz Eugen, and Agir. All of the skins have a sort of maid theme about them, and during the event period, players can achieve two rental vouchers for logging in. You can use those vouchers to get a skin for Vanguard, Jervis, or Indomitable, so choose carefully!

That just about covers all the highlights, but if you’re looking for a more in-depth rundown, you can check out the official Azur Lane website or their Twitter handle. If you’re looking to get involved with Azur Lane, you can find it for free on the App Store and Google Play.

Do you love gacha games? Check out our Top 25 best gacha games for Android!
Next Up :
Seven Knights 2's Carnival event celebrates 200 days since the game's launch with new heroes, a collaboration, and lots of rewards