Webzen has officially announced a new update to Awaken Legends: Idle RPG, making this the first major patch for the game since its recent soft launch. In particular, players can look forward to playing a new hero "Hera Valen", along with new skins, challenge dungeons, in-game events and more.

In Awaken Legends: Idle RPG's latest update, Hera Valen joins the fray with HolyFire Sanctions along with Hera Valen’s Naughty Witch skin and Clark Aesare’s Dark Knight. Other new skins include Maggina’s Snowland Ambassador and Ema Breeze’s Christmas Courier. These all let players personalise the overall look of their Hero as well as customise their motion, voice and skill effects. 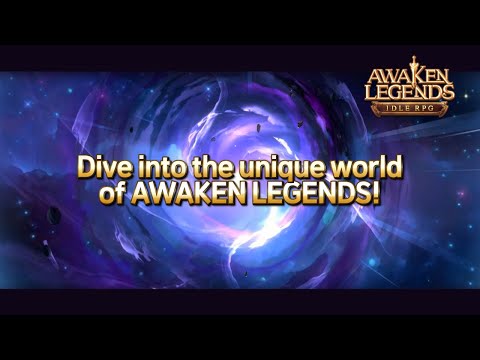 Additionally, Clark Aesare’s Dark Knight skin will be up for grabs when players accomplish certain missions in the "Covenant of the Dark Knight" event. Two new dungeons, Geneon Sunken and Moon God Lake, will also be available for players to challenge to nab the Tear of Selene artefact.

Apart from the advanced hero upgrade rewards, system improvements and gameplay adjustments, the title is also treating players to a festive holiday-themed celebration from December 23rd until January 2nd, where they can light up their Christmas tree for special in-game goodies.

If you're one of the lucky players located in Canada and the Philippines, you can join in on the fun by downloading Awaken Legends: Idle RPG on the iOS App Store and on the Google Play Store for Android devices.

What's A Preferred Partner Feature?
From time to time Steel Media offers companies and organisations the opportunity to partner with us on specially commissioned articles on subjects we think are of interest to our readers. For more information about how we work with commercial partners, please read our Sponsorship Editorial Independence Policy.
If you're interested in becoming a Preferred Partner please click here.
Next Up :
Marvel Contest of Champions is introducing Mantis in a new holiday-themed update

Awaken Legends: Idle RPG - A beginner's guide to getting started

Awaken Legends is Webzen's new idle RPG on mobile, now on soft launch in Canada and the Philippines

Awaken Legends: IDLE RPG is an upcoming title from the makers of the MU and R2 series, now with a special teaser website