Spiderweb Software has been a one-man steward of old school isometric RPGs for decades, from the Exile series in the 90s to the current Avernum and Avadon games. Text-heavy, turn-based combat, juggling a party, myriad items and loot, many hours of campaign and side quests...these games harken back to the days of RPGs like Ultima, and his newest entry Avadon 3: The Warborn is no exception.

From the start, Avadon 3 eschews the more conventional RPG set-ups for a darker tale. Set in a land ravaged by dissent and strife, you're not a grand hero but an agent of the empire, sent out to crush rebellion and capture enemies of the state. Choosing from classes like the Blademaster or Tinkermage, you find yourself as an influential pawn within a larger tale. 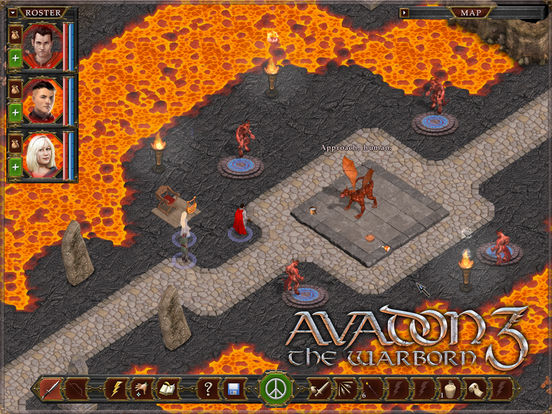 While turn-based tactics may be a major part of the game, it's this intriguing narrative and your potential choices that drives your journey through Avadon 3. Do you ruthlessly carry out your orders, or do you help the growing dissent foment? Raze an stubborn village or show mercy?

Like the best RPGs, Avadon 3 offers a wide array of decisions and branches to choose how to define your character, told through well-written prose.

Of course, those choices will bring your party in contact with enemies of the empire and monstrous creatures, both of which must be shown the might of your swords and sorcery. The Avadon series have always focused on turn-based tactics, and this third game follows suit, challenging you to intelligently position your fighters and utilize skills, magic, and potions effectively. 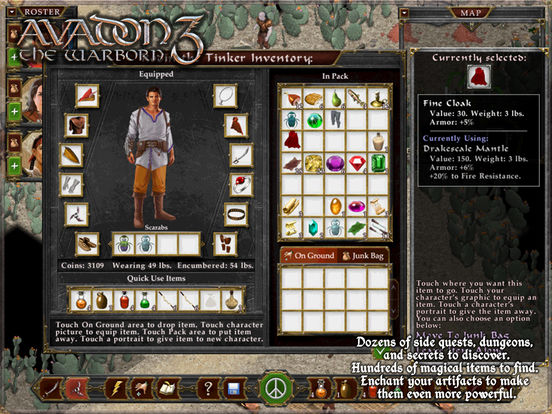 The combat isn't revolutionary, more of a refinement of the series' gameplay sans major changes, but the core mechanics remain challenging and varied throughout. Bosses and later enemy abilities can and will test your party set-up and strategic prowess.

Avadon 3 doesn't pull punches. As expected by a game inspired by the RPGs of old, you'll need to plan carefully on and off the battlefield or suffer the consequences: which skills to improve based on build and party, your tactics in combat, the consequences of your narrative choices, and other complexities.

It's a difficult and deep RPG, offering dozens of hours of quests, and it doesn't hold your hand. Those unaccustomed to the rigors of classic RPGs may find Avadon 3 a potentially frustrating experience.

A lengthy, story-heavy RPG that balances typical turn-based combat with a dark and engrossing tale
Next Up :
Warhammer 40,000: Tacticus review - "An approachable strategy to a grimdark future"