Dark Tonic has released an ad-supported free-to-play version of its iOS robot city smasher Attack of the Wall Street Titan.

This version has an interesting twist, you see. Through playing well, you can actually get rid of the in-game adverts. No questions asked. No strings attached.

To explain: if you achieve a three-star rating in every single one of Attack of the Wall Street Titan's available levels, you will unlock the full retail version of the game. 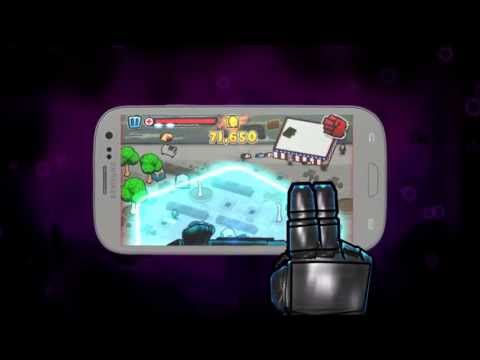 Talking about the novel interpretation of the free-to-play model in Attack of the Wall Street Titan, Dark Tonic's creative director Eric Boosman said: "Casual players get a truly free game with ad support, while regular players that develop a moderate skill level can disable the ads forever."

Boosman views this idea of netting ad revenue via the less committed (or skilled) and rewarding hardcore fans as a "win-win" situation.

I guess Dark Tonic's alternative approach to generating revenue shouldn't be too surprising given Attack of the Wall Street Titan's anti-banker theme.

You can download Attack of the Wall Street Titan for free from the US App Store now.