In a medium that prizes escapism, it’s a daring idea for a game to actively remind you of the drudgery of work.

Yet Async Corp. does exactly that, surrounding its simplistic puzzle mechanics with corporate dronespeak as you take a job at the titular company with the aim of exchanging and sending ‘data packets’.

Accomplishing this task is simple – you’re presented with two 4x6 grids of coloured units, and asked to switch single units between the two displays to create square or rectangular packets of 2x2 units or larger.

You can only move the units if you can create a packet, whereupon you can try to increase its size or tap on its smiling face to send it.

Aware that a happy workplace is a productive workplace, the Async Corp. keeps its staff stimulated by providing four different ways to accomplish this singular task.

Quota mode asks you to keep sending packets to reduce a steadily-rising meter in the centre of the screen, while Async mode will only let you move to the next level if you completely fill a side with a single colour.

Zoning has no fail state, but you’ll only be able to move up a level if you can send packets at a fast enough rate to stop a meter from depleting (handily, you restart at the level you left off at).

Though you’re essentially fulfilling the same task in each, the modes offer very different paces.

Quota sees you alternate between releasing a few small packets to lower the meter, or saving up larger ones to send in one go.

Async gives you as much time as you need to mull over your next move, while Zoning prizes speed above all else. If you can simultaneously sync up two packets at once, by transferring the right unit to make a match on both sides, then so much the better.

With the mechanics and the structure working in perfect harmony, all that’s left to get right is the presentation, and developer Powerhead absolutely nails it.

The design is winningly simple – bold, striking, and clear – and the sound effects give you just the right kind of aural feedback, the bleeps and bloops tapping into your brain’s pleasure zone and compelling you to keep matching those squares.

The ability to change colour scheme is another nice touch – with further hues unlocked as you progress - and the sporadic emails that arrive in your inbox, offering tips or amusing facts, add a dose of personality to the clinical desktop aesthetic.

That the data packets have cute smiley faces and occasionally let out an adorably lo-fi sneeze is the icing on the cake.

The App Store is hardly shy of puzzle games, but Async Corp. is undoubtedly one of the very finest, and a significant achievement for a developer you should all be adding to your watch list immediately. 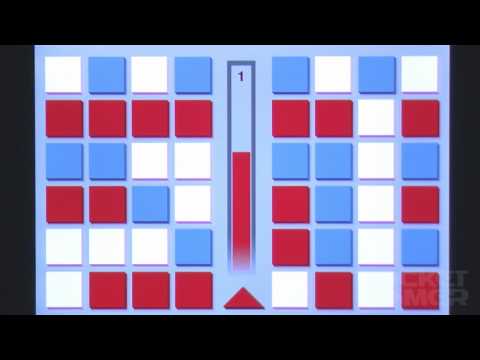