Konami Digital Entertainment has announced that EDENS ZERO Pocket Galaxy, an action RPG based on the anime Sci-Fi manga, will soon release for iOS and Android. They didn't say exactly when it will launch on mobile but pre-registration is now available through the game's official website.

As with any pre-registration campaign, if a set number of players sign up, they can earn several bonuses when the game launches. The items up for grabs include the following:

Meanwhile, anyone who plays the game at launch will also receive a Cyber Costume item as a free gift. There is plenty of free items up for grabs then, so long as the pre-registration milestones are reached, of course. 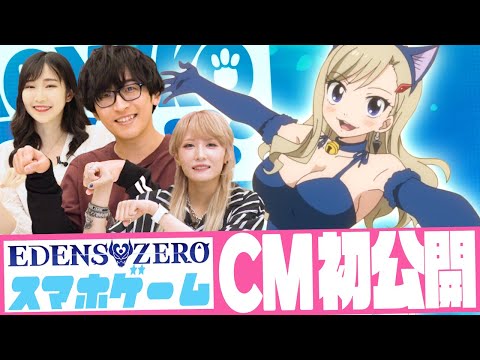 The game itself is an action RPG that will see players engaging in hack and slash combat with characters from the manga such as Shiki, Rebecca, Weisz and Homura, among others. Their journey will take them through the original story and will feature iconic scenes from the manga.

There are over 100 costumes for players to collect, including some exclusive and original designs by Hiro Mashima. Elsewhere, players can combine different pieces of equipment and skills for each character, alongside customising special abilities known as Ether Gear.

EDENS ZERO Pocket Galaxy will eventually release on the App Store and Google Play, though no specific release date has been provided just yet. If you would like to pre-register for the game, you can do so by heading over to the game's official website.

Are you looking for more RPGs you can play on the go while you wait for EDENS ZERO? Here are 25 of the best available for iPhone and iPad